Located around 100 kilometres south of Denver, Colorado Springs is close to Pikes Peak, the location of one of motor sports most dramatic hill climbs. Between 2000 and 2015 passenger numbers at the airport halved from over 2.4 million to just under 1.2 million. However, the arrival in 2016 of Frontier helped boost demand at the airport to over 1.6 million passengers in 2017, 2018 and 2019. By 2018 Frontier was operating 13 routes at the airport.

The big development in 2021 has been the arrival of Southwest, which began offering multiple-daily flights to Chicago MDW, Dallas DAL, Denver (a sector of just 115 kilometres), Las Vegas and Phoenix on 11 March. Passenger data from the airport for March shows that Southwest has already become the airport’s leading carrier with 17,645 passengers (at a load factor of 51.7%) ahead of United (15,862 with 64.5% load factor) and American (13,862 with a load factor of 76.5%). 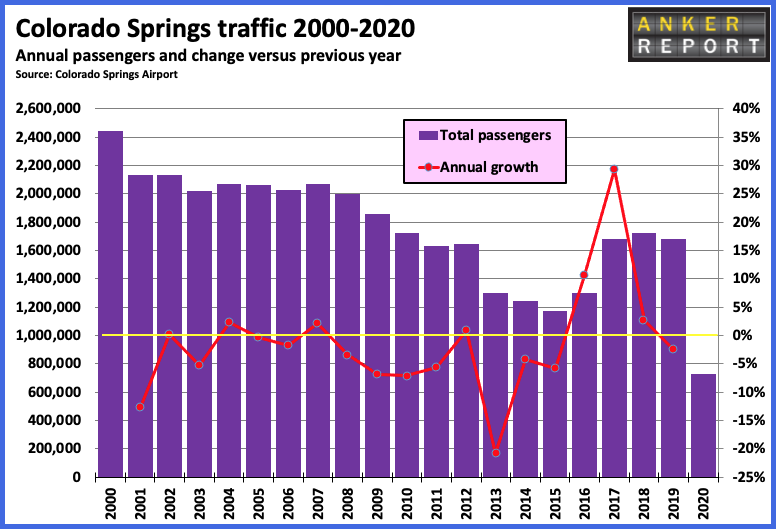