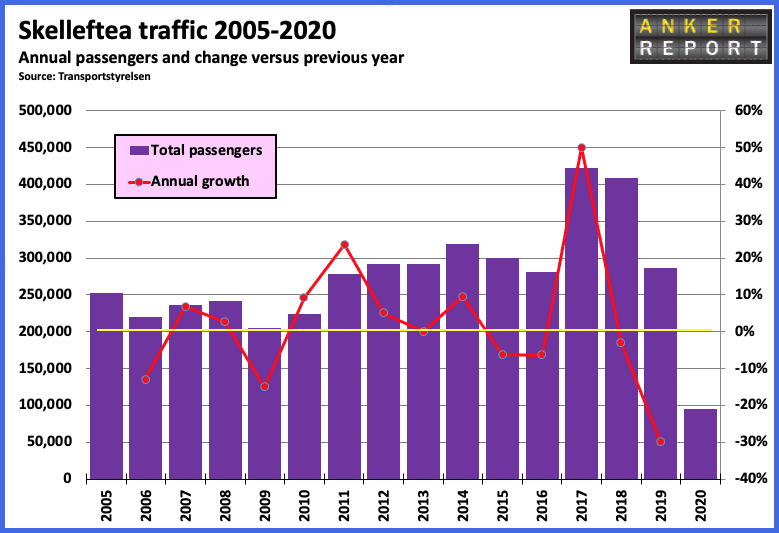 The airport’s traffic is dominated by a single service; SAS operating multiple-daily flights to Stockholm ARN, the country’s main aviation hub and Sweden’s busiest airport. The 50% growth in traffic that was recorded in 2017 was when rival Norwegian entered the market in March of that year with up to 3-daily flights, proving that apparently mature domestic markets can be stimulated by lower fares. However, Norwegian reduced frequency in 2018 and suspended its service at the end of that summer. In 2019, passenger numbers fell back to below 300,000 and the airport slipped to 11th in the national rankings.

Ryanair has served the airport in the past with low frequency flights from Girona in Spain and London STN, but it has not flown there since 2015. Another ULCC, Wizz Air, looks set to start 2-weekly service from its base in Gdansk to Skelleftea starting in early November.

In another significant development, on 15 July this year BRA Braathens began 2-weekly service (on Thursdays and Sundays) to both Gothenburg and Stockholm BMA using ATR 72s. 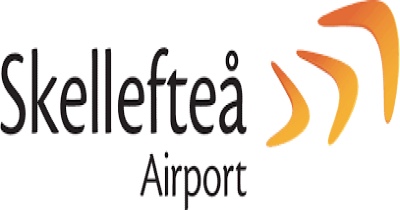