Zakynthos doubled traffic between 2012 and 2018; popular with Brits

Located in the Ionian Sea, the island of Zakynthos in western Greece is a popular tourist destination, in particular for northern Europeans. The airport serving the island has been operated by Fraport Greece since 2017 and a refurbishment of the airport’s terminal was completed earlier this year. Between 2000 and 2013, passenger numbers had been consistently between 850,000 and one million. However, between 2013 and 2019 traffic grew by 80% to 1.8 million, dominated by international traffic.

Seasonality at the airport is extreme with typically around 3,000 international passengers each month between November and March, and then over 400,000 passengers in the peak summer months. According to Fraport Greece, the leading country markets in 2019 were the UK (734k pax), Poland (245k), the Netherlands (174k) and Italy (121k).

According to Cirium Data and Analytics, the leading scheduled airlines at the airport in 2019 were TUI Airways, Thomas Cook Airlines (now defunct) and Jet2.com. Domestic services to Athens were operated by both Olympic Air and Sky Express. Last year, international traffic was down by 77%, while domestic traffic fell by 70%. 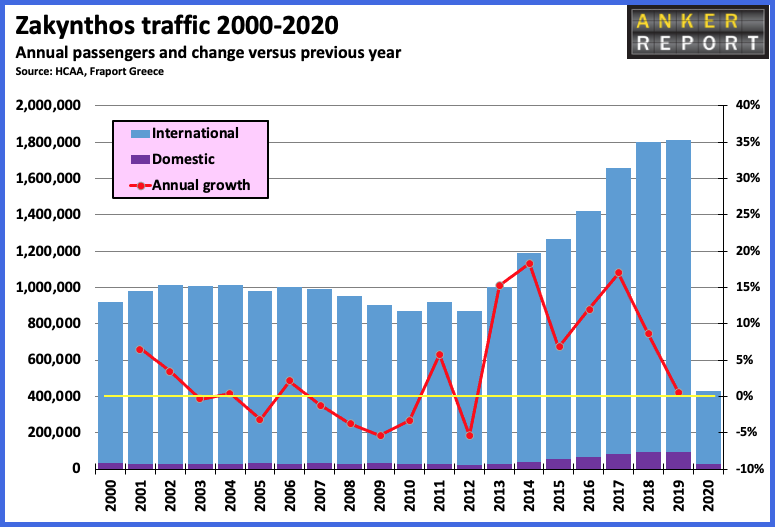