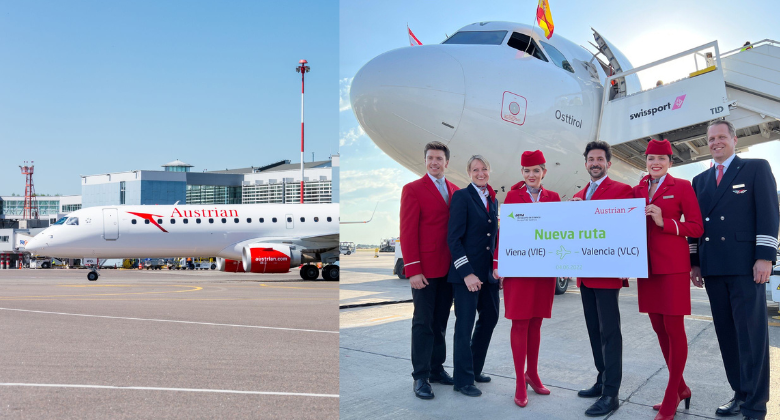 Austrian Airlines has added seven routes to next summer’s schedule. Three are resumptions: Billund (last served in March 2017), Palermo (October 2019), Vilnius (March 2020), while four are genuinely new routes: Marseille, Porto, Tromsø (new for summer) and Tivat. When added to Austrian’s existing network, it will serve 100 European destinations from its Vienna hub next year.

47% of routes compete with a ULCC

In recent years, Austrian has faced hefty competition from Ryanair/Lauda and Wizz Air. This followed their fast growth in Vienna. If duplicated routes are eliminated, the pair had 53 routes in direct competition with Austrian in S22, the highest number yet. 55% of Austrian’s European routes faced them.

While it may change, almost half (47%) of Austrian’s routes will face Ryanair/Lauda and Wizz Air next summer – the lowest level since the pandemic. It is because of a fall in routes on which it competes with Ryanair/Lauda. Despite this, Austrian will now face Ryanair to Billund and Marseille in summer 2023, and Wizz Air to Funchal.

Between S21 and S23, Austrian has (or will) add the following new routes from Vienna: 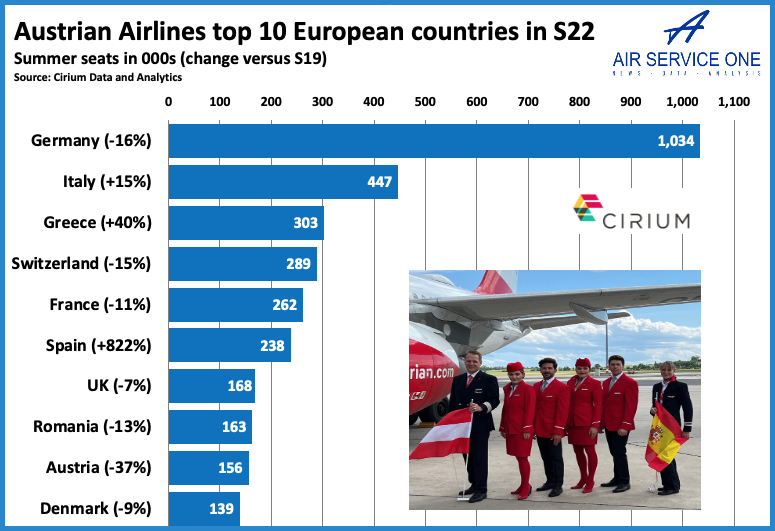 50 European airports cut in the past 18 years

Analysing Cirium schedules information shows that Austrian ended flying to 50 European airports between 2004 and 2022, excluding those where an airport was replaced by another, such as Tegel and Brandenburg. The biggest losses by seat capacity were:

Half of the above are in Belarus, Russia and Ukraine, and some will inevitably return when the war and sanctions allow. In the few months leading up to the war, Austrian served Moscow DME, Kiev KBP, Lviv, Odesa and Zaporizhzhia in the three countries. And when extended to 2004, it has also served – other than those mentioned above – Donetsk, Kharkiv, Krasnodar, Moscow SVO, Nizhny Novgorod, Rostov on Don, Sochi and Yekaterinburg.