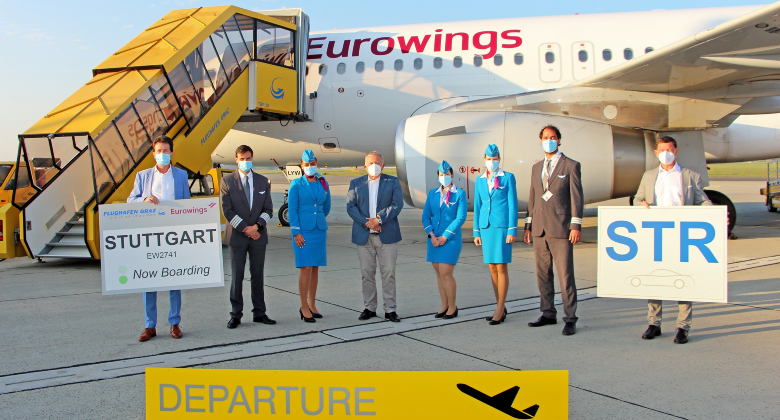 There are several ‘rules’ that have defined how Europe’s low-cost carriers operate. These include high aircraft utilisation and no night-stopping of crews. To satisfy both of these rules that has usually meant trying to operate three return flights (or six sectors) in a day, airport curfews permitting. As a result, you might imagine that the average sector lengths for these carriers would be similar. However, analysis of Cirium data between 2010 and 2021 for six of Europe’s (U)LCCs with Pan-European bases reveals that there are significant differences between the carriers.

The rankings of the carriers with regard to average sector length has remained almost unchanged with Transavia (the Dutch and the French parts combined) leading the way ahead of Wizz Air, Ryanair, easyJet and Vueling. For the first part of the period analysed Eurowings was last, but in recent years it has passed both Vueling and easyJet. Not surprisingly there is a significant correlation between sector length ranking and the number of domestic flights operated by the carriers. Transavia has only recently introduced its first domestic flights in France, while Wizz Air now has a growing number of domestic routes in Italy, having also (briefly) ventured into the Norwegian domestic market. 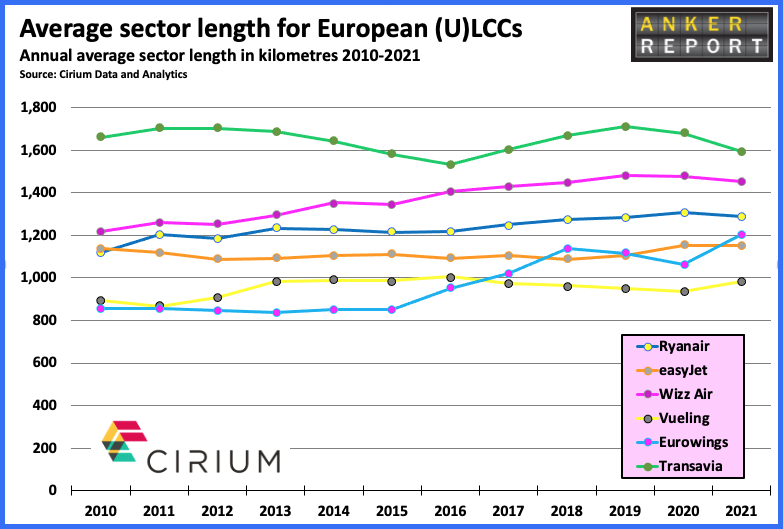 Conversely, Vueling operates many domestic routes in Spain and also a handful in Italy, while easyJet has domestic flights in France, Germany (though only two), Italy and the UK.

Eurowings had the longest average sector length for new routes. Out of the 54 new routes it started in 2021, exactly half were over 2,000 kilometres. These 27 new routes included routes from Germany to airports in the Greek islands, the Canary Islands, Armenia, Iceland, Lebanon, Madeira, Morocco, Russia, Sweden and Turkey. 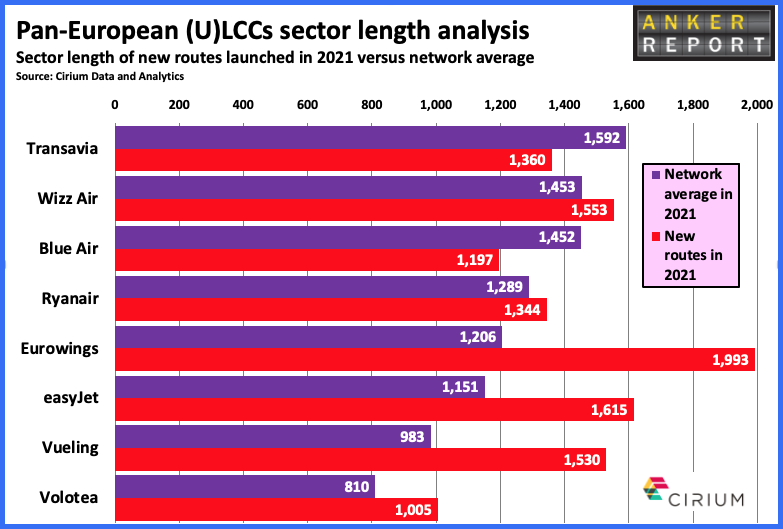 Of the almost 40 new routes launched by Blue Air in 2021, 16 were under 1,000 kilometres, with 12 of them operating from either Bucharest or Milan LIN. Only four of its routes were over 2,000 kilometres, with the longest new route being an Iasi to Dublin service that started on 19 December.

Longest and shortest new routes in 2021

For all you avgeeks out there who may be interested in this sort of thing, the shortest and longest new routes, launched by each carrier in 2021, were as follows: 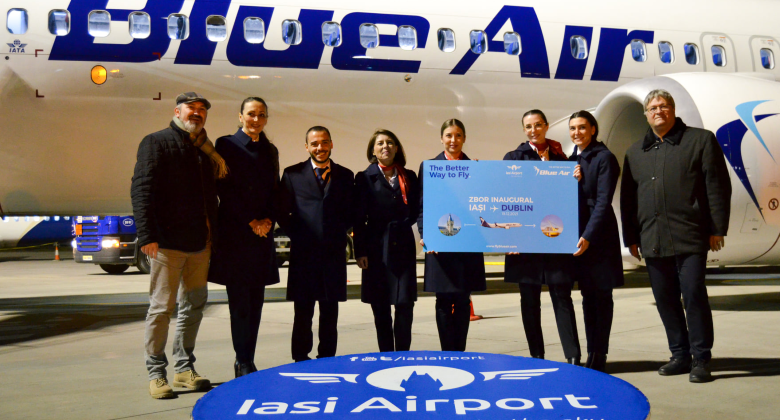