Canada’s pax demand is up to 45% of 2019 level in early September; Toronto’s downtown airport finally reopened on 8 September

Passenger demand in Canada is finally starting to recover. Latest passenger figures collected by CATSA at Canada’s eight busiest airports shows a rapid improvement since early June. At that time demand was only at 10% of the 2019 figure. However, by the end of August, demand was up to around 45% of the pre-pandemic figure, though further recovery appears to have stalled in early September. 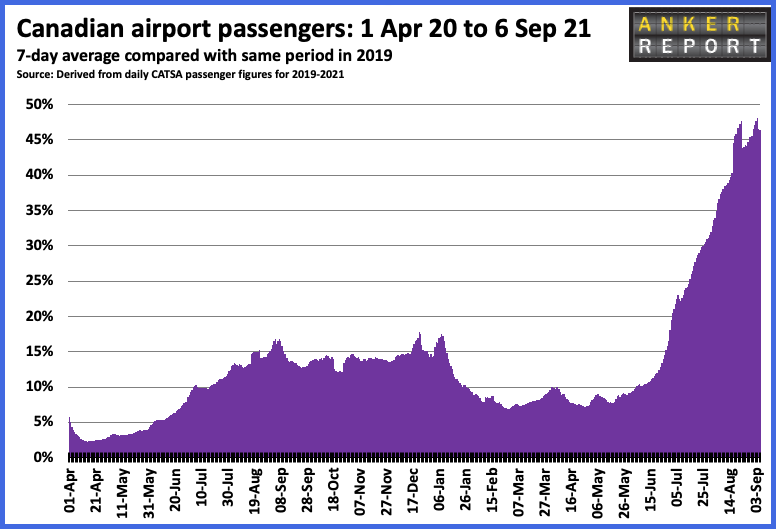 Analysis of Cirium Data and Analytics schedule information for all Canadian airports shows that while July capacity figures were at just 33% of the July 2019 level, in August this had risen to 46% and climbed even further to 55% in September. The September figure is aided by the re-opening of Toronto City Airport on 8 September, with both Air Canada and Porter Airlines resuming service from the downtown island facility. Provisional data for October indicates that capacity may increase to 61% of the 2019 figure, but there is plenty of time for this still to change. 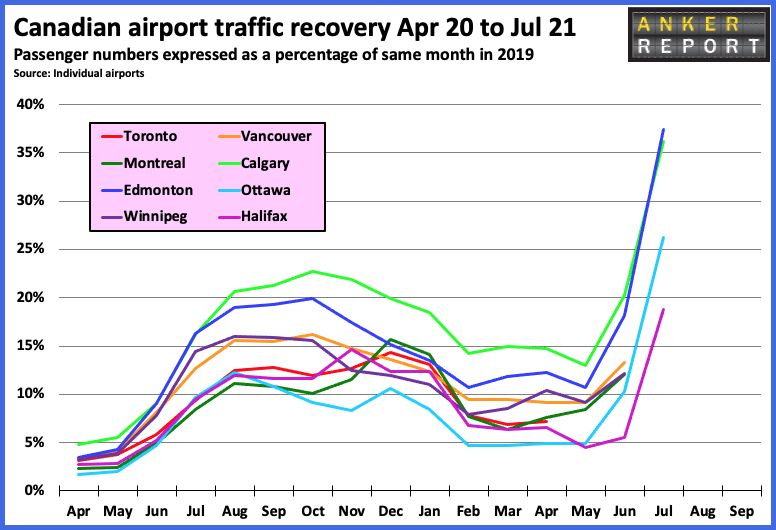 Looking at airline seat capacity in September, Porter Airlines will be down 75% compared with 2019, Air Canada down 47% and WestJet down 35%. There is better news for Swoop which is down just 19% while Flair is now Canada’s third biggest carrier and has seen seat capacity grow over 200% since September 2019. In early August the airline launched several new domestic routes including daily service between Ottawa and Halifax. 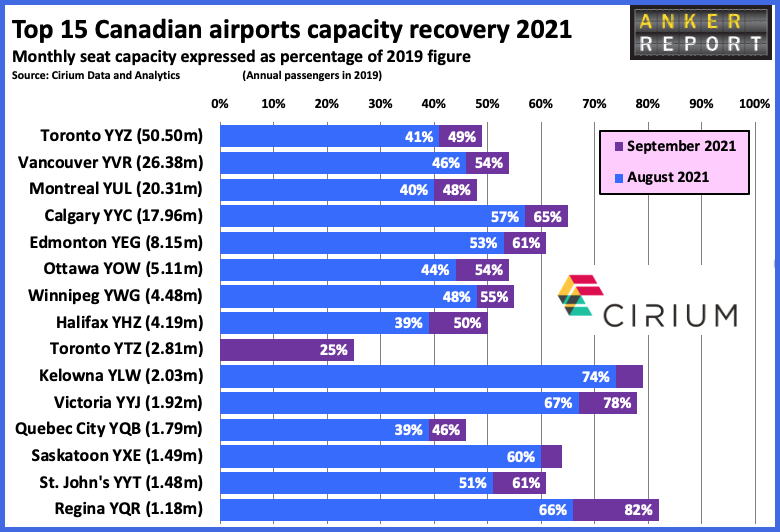