Cancun passes 30 million passengers in 2022; new records for both domestic and international traffic 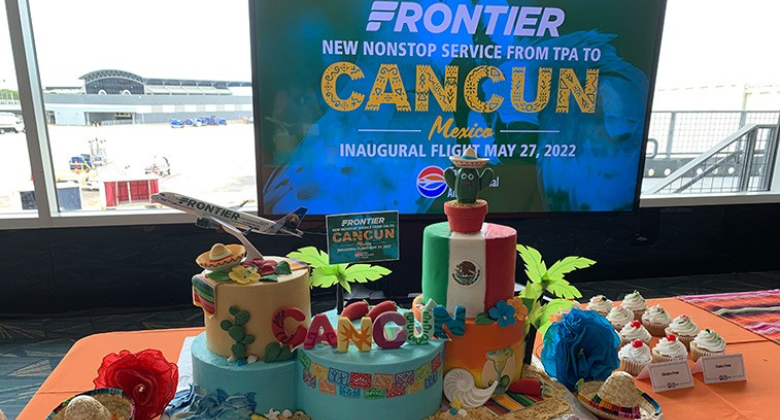 Cancun welcomed 30.3 million passengers in 2022, according to airport operator ASUR. It surpassed the 30 million level for the first time. Total traffic rose by 19% versus 2019, the previous best. While domestic and international passengers both grew by about 19%, the absolute change tells a different story. Although already by far the biggest traffic source, Cancun added 3.1 million additional international passengers versus 2019 against 1.7 million domestic. Cancun has been one of the hottest destinations globally, attracting multiple new international carriers. 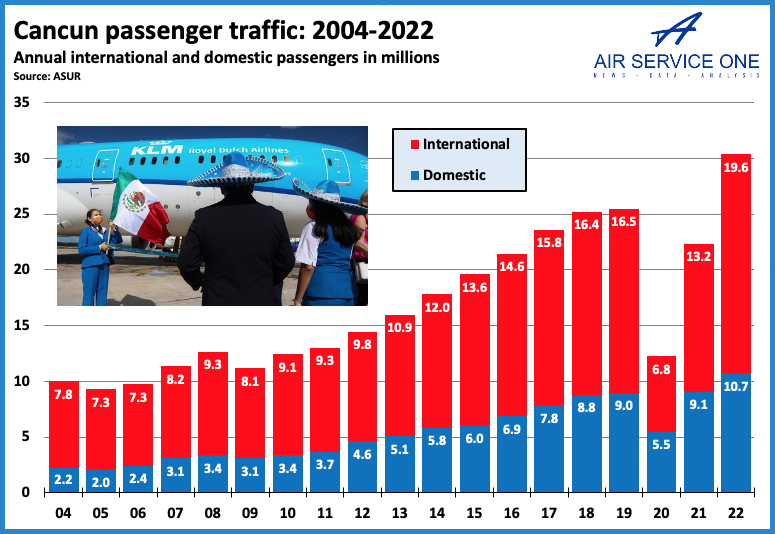 Analysis of Cirium schedules reveals that Cancun had non-stop flights from 30 countries in 2022. Assisting the growth of international traffic was the return of flights from Austria, last offered in 2006; from Venezuela, which last had Cancun flights in 2015; and from Dominican Republic, last served in 2008. 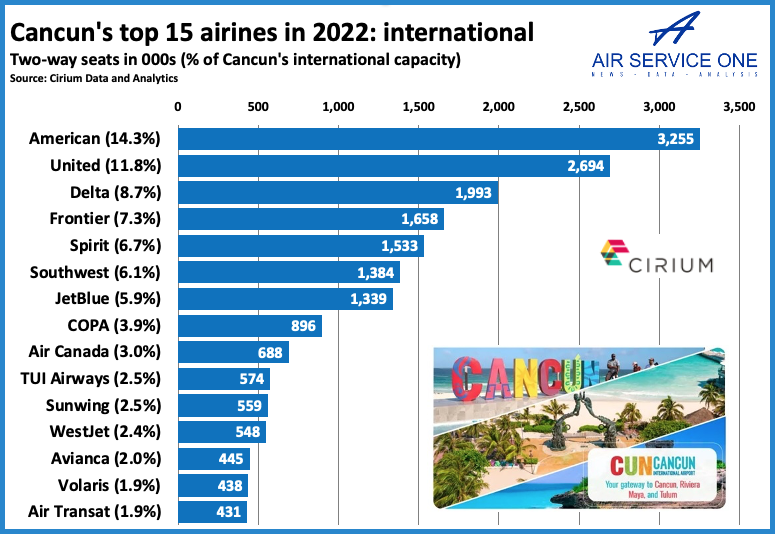 But of course, it was mainly because of the US

Obviously, Cancun revolves around US tourists. Last year, the US market had 14.5 million two-way seats, an increase of 4.4 million versus 2019. Almost two-thirds of the resort-serving airport’s total international seats concerned the US. The country had more Cancun capacity than all other 29 foreign nations combined.

American, United, Delta, Frontier, Spirit, Southwest, JetBlue, Alaska, Sun Country and Vivaaerobus had US-Cancun flights. Eight of these grew enormously, including Frontier (+1.1m), Spirit (+917k), JetBlue (+774k), American (+815k) and United (+380k). Some, like Frontier, Spirit, JetBlue and Alaska, more than doubled capacity. Of course, not all the routes they introduced have remained.