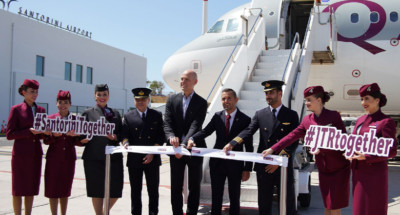 New Route of the Day (7 June 2022): Qatar Airways between Doha and Santorini

Qatar Airways launched its first new European route of 2022 when it added non-stop service from Doha to Santorini in Greece on 7 June. There will be 3-weekly flights on the 2,775-kilometre route which is not operated by any other carrier. The route will be flown utilising the airline’s two-class, 144-seat A320s. It becomes the […] 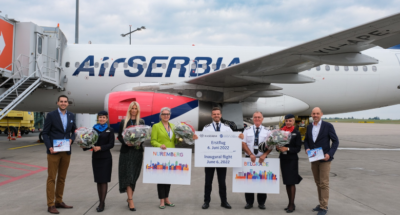 New Route of the Day (6 June 2022): Air Serbia between Belgrade and Bologna/Nuremberg

Air Serbia (IATA code JU) has been very busy recently launching several new routes from its base in Belgrade. This included two new routes that launched on Monday 6 June. Bologna in Italy (3-weekly) and Nuremberg in Germany (2-weekly) both welcomed new routes that day operated by the airline’s A319s. Neither route faces direct competition. […] 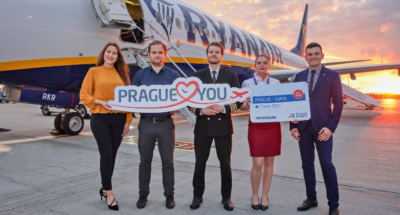 New Route of the Day (5 June 2022): Ryanair between Prague and Turin 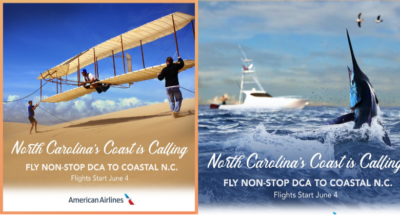 American chose Saturday 4 June as the launch date for a new service between Washington DCA and New Bern in North Carolina. The 430-kilometre route will be served weekly using CRJ700s flown on behalf of American by PSA Airlines. The service will operate until Saturday 3 September according to Cirium schedule data. Known locally as […] 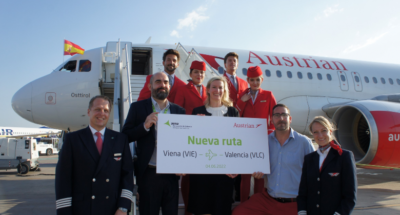 New Route of the Day (4 June 2022): Austrian Airlines between Vienna and Valencia

Austrian Airlines on Saturday 4 June launched its first new route of 2022 with the introduction of a non-stop service from Vienna to Valencia in Spain. The 1,670-kilometre route will initially be flown 2-weekly (Tuesdays and Saturdays) using the airline’s A320-series fleet. However, for some parts of the summer season service will increase to 4-weekly, […] 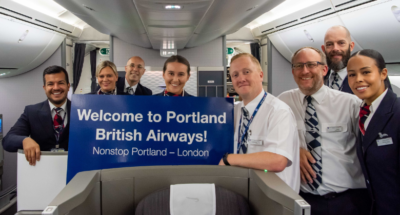 New Route of the Day (3 June 2022): British Airways between London LHR and Portland

British Airways began service to its latest US destination on Friday 3 June, when it added 5-weekly service from London LHR to Portland in Oregon. The 7,910-kilometre route will be flown using the airline’s fleet of four-class, 787-8s. Since January 2000, Portland has had the following non-stop services to Europe: Lufthansa to Frankfurt: April 2003 […] 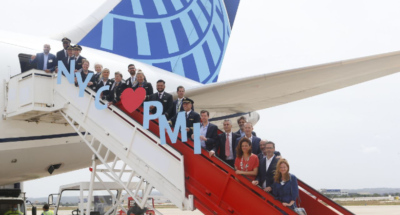 United launched yet another new transatlantic route from New York EWR on 2 June. This time the Star Alliance carrier is linking its Newark base with Palma de Mallorca. The first return flight from the Balearic Island to New York was on 3 June. The 6,330-kilometre route will be flown 3-weekly using the airline’s classic […] 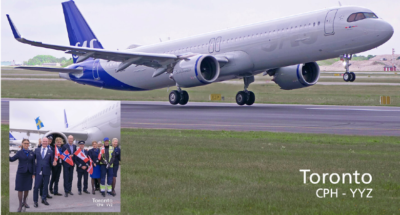 New Routes of the Day (2 June 2022): SAS between Copenhagen/Stockholm and Toronto

The beginning of June saw SAS introduce new long-haul service to Canada’s biggest city, Toronto, from both Copenhagen (3-weekly from 2 June) and Stockholm ARN (4-weekly from 3 June) using its brand new A321LRs. These will operate in a three-class configuration with 157 seats; 22 seats in SAS Business, 12 seats in SAS Plus (premium […] 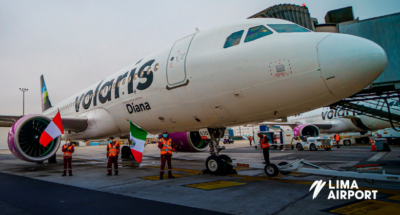 New Routes of the Day – Americas (1 June 2022): Volaris between Cancun/Mexico City and Lima

Volaris began serving Lima in Peru for the first time on 1 June. On that day it began daily service to the Peruvian capital from both Cancun and Mexico City using its A320neos. The 4,230-kilometre route from the Mexican capital is already served by Aeromexico (2-daily) and LATAM (daily), while the 3,810-kilometre sector from Cancun […] 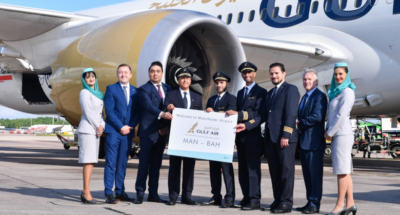 New Route of the Day (1 June 2022): Gulf Air between Bahrain and Manchester

Gulf Air increased its presence in Europe with the launch of a number of new services recently, including non-stop service between Bahrain and Manchester. This new route to the UK launched on Wednesday 1 June. The 2-weekly service (the other flight is on Sundays) will operate using the airline’s 787-9s. The 5,270-kilometre route is not […] 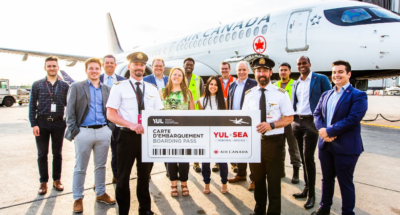 New Route of the Day – Americas (31 May 2022): Air Canada between Montreal and Seattle-Tacoma

Air Canada chose Tuesday 31 May as the launch date for its new international service from Montreal to Seattle. Flights on the 3,680-kilometre route will operate daily using the Canadian carrier’s 137-seat A220-300s. Flight AC515 departs Canada’s second-largest city at 19:55 local time arriving in Seattle at 22:57 local time the same day, after a […] 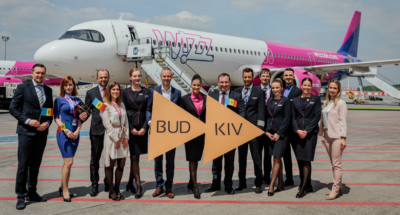 New Route of the Day (31 May 2022): Wizz Air between Budapest and Chisinau

Wizz Air launched a new service from its home base in Budapest to Chisinau in Moldova on Tuesday 31 May. The 2-weekly service (Saturday is the other day of operation) faces no competition. In fact, the last time the 735-kilometre route was flown, was March 2012 when Moldavian Airlines served the route daily using Saab […]