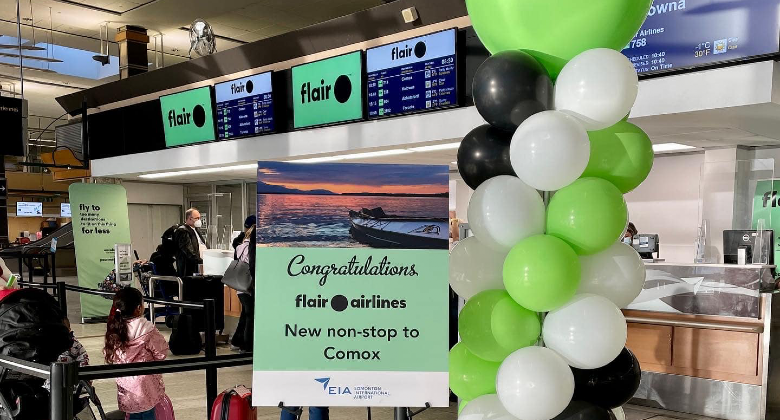 Vancouver Island lies, not surprisingly, to the west of Vancouver on Canada’s Pacific coast. It is home to around 865,000 people, with just under half of those living in the capital, Victoria. The island has a number of water-based airports enabling seaplanes to operate between the island and Vancouver, but there are also a number of land-based airports. The airport serving Victoria (IATA code YYJ) handled just over two million passengers in 2018 making it the country’s 11th busiest airport.

Other land-based airports on Vancouver Island include Nanaimo (IATA code YCD), Campbell River (IATA code YBL) and Comox Valley (IATA code YQQ). The last of these, which also goes by the name of CFB Comox as it is an air force base for the Royal Canadian Air Force, welcomed new scheduled services with Flair Airlines from Calgary and Edmonton on 29 March. The airport, which has a 3,000-metre runway, was built in 1942 as a way of protecting Canada from any possible aggression from Japan.

Between 2010 and 2018, passenger numbers at Comox Valley increased from just under 300,000 per annum to 420,000. According to Cirium schedule data, the airport will welcome the following airlines and routes this summer (August 2022):

With the exception of the Toronto service (which measures 3,470 kilometres), all other routes are under 1,000 kilometres in length. In winter, WestJet is planning to resume weekly service to Puerto Vallarta in Mexico, which has a sector length of 3,660 kilometres. 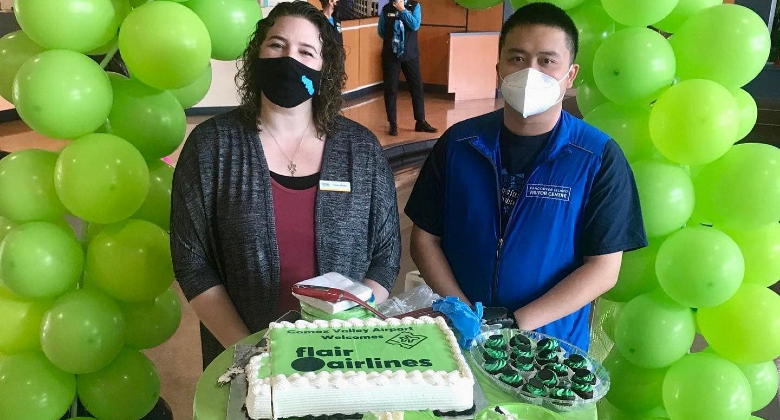