Europe-Cuba market still 40% down this winter versus W19/20; Air Europa and Condor are leading carriers 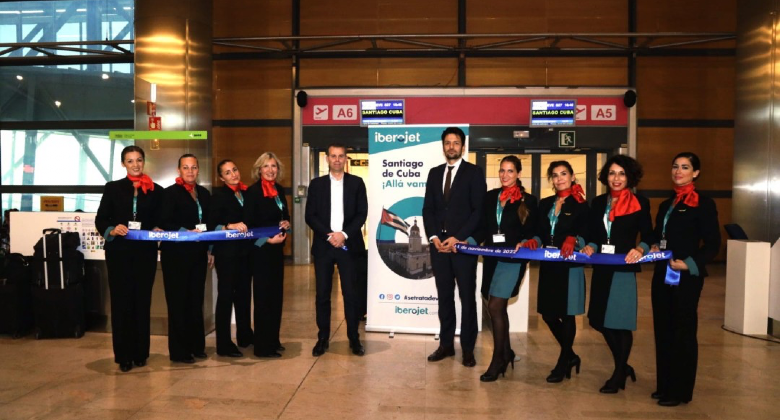 Cuba has welcomed its latest route from Europe. On 11 November, Spain’s charter carrier Iberojet introduced a weekly operation from Madrid to Santiago de Cuba, the country’s second city. It joins Cubana on the 7,120-kilometre route.

Six airports in Cuba have flights to Europe this winter, down from eight previously as Santa Clara and Camagüey have lost their connections. Cirium schedules information data signifies that the six have 272,000 European seats. For context, Canada-Cuba is three times bigger by non-stop capacity.

Cuba-Europe has just 58% of the capacity it had in W19, not helped by the slow recovery of Havana (48%), very much Cuba’s primary airport for transatlantic flights.

While other airports have more or less recovered capacity, especially Cayo Largo (99%) and Varadero (94%), they are drastically smaller than Havana and their impact at country level and in the recuperation is marginal. 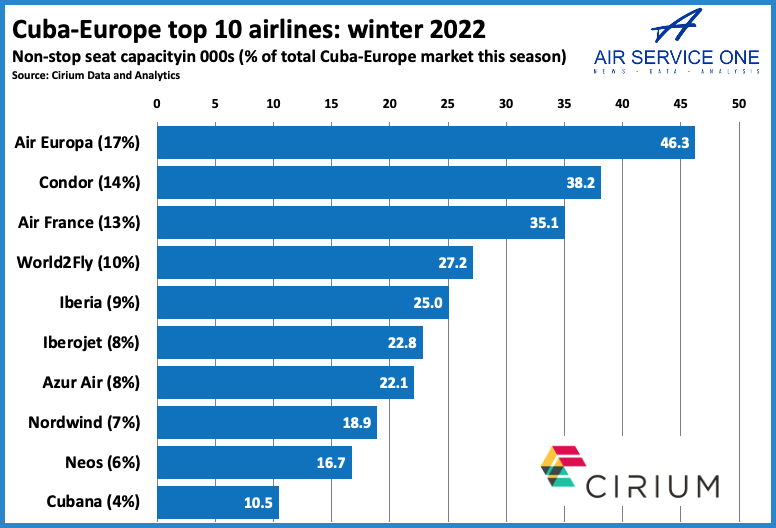 Havana has 63% of Europe capacity

More than six in ten Cuba-Europe seats are from the capital, Havana. Three-quarters of capacity is, of course, to Madrid, with Air Europa, World2Fly, Iberia, Iberojet and Cubana all operating. But there’s also Frankfurt (Condor), Milan MXP (Neos) and Paris CDG (Air France). 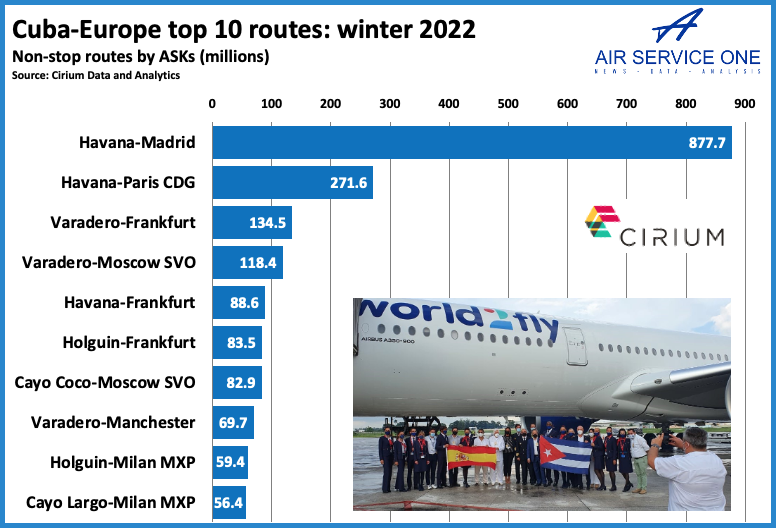 Cuba’s capital has lost considerable long-haul connectivity, and for now only Zurich is scheduled to return (next June). Not even Amsterdam is. KLM started Amsterdam-Havana in 2011 and it has often had a 5-weekly to 1-daily winter operation. 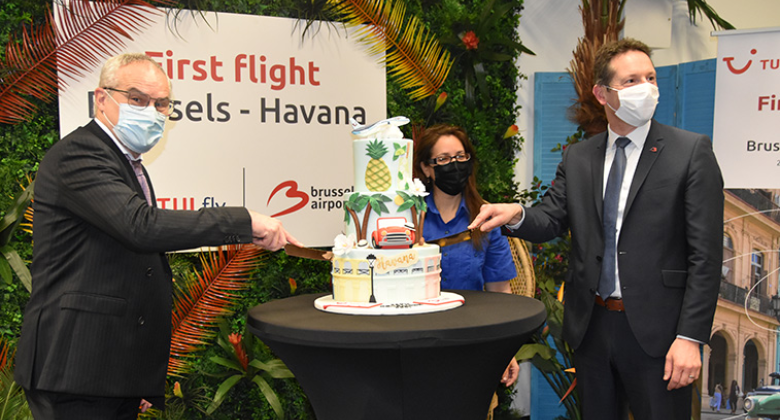 Aside from Iberojet’s Madrid-Santiago de Cuba, the main addition in the past few months was World2Fly’s weekly service from Lisbon to Varadero. Helped by the Iberostar Group reopening many hotels in Cuba, it joins World2Fly’s Madrid-Havana link, which launched in September last year.