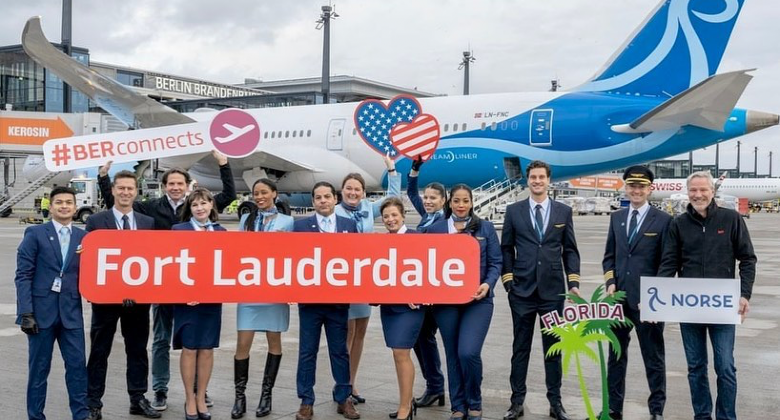 Fort Lauderdale ended 2021 with 28.1 million passengers, according to the airport’s own statistics. This was 24% lower than 2019, when the Florida airport welcomed a record 36.8 million customers. Some 12 million additional passengers were added between 2014 and 2019 (+49%), the result of huge growth by Allegiant, American, JetBlue, Southwest and Spirit. 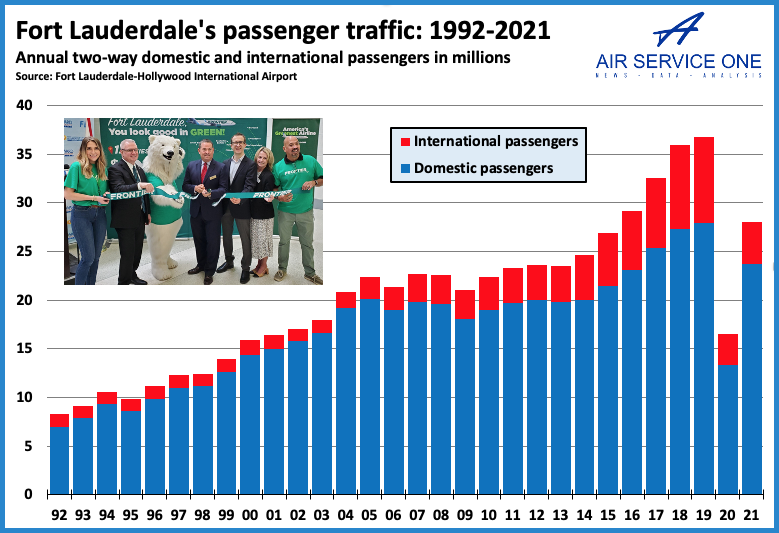 While considerably more domestic traffic was gained in these few years, international passengers expanded by 90%, although from a far lower base. 2019 ended with international having almost a quarter share of passengers, Fort Lauderdale’s highest yet.

The airport is aiming to return to these heady days, but it has some way to go. Based on its own statistics, it had 28.9 million passengers between January-November 2022, up by 12% year-on-year but still 14% lower versus 2019. That’s despite gaining Avelo, Norse Atlantic and numerous new domestic and international routes. 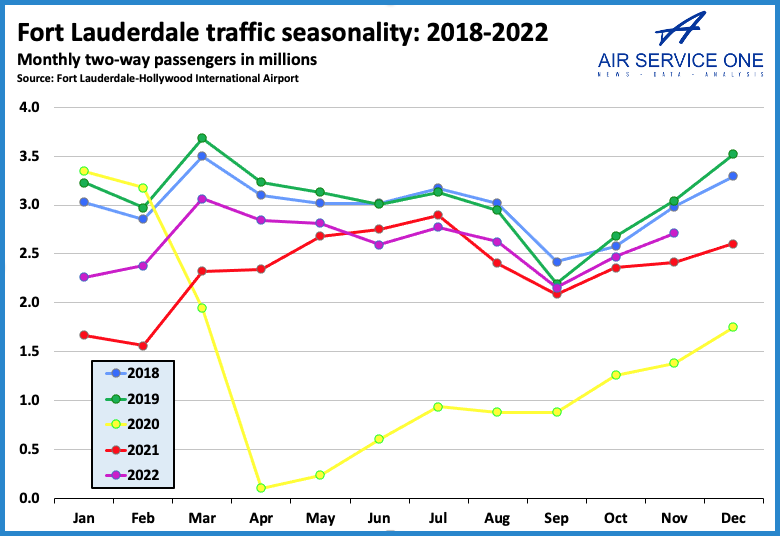 Fort Lauderdale is the USA’s 23rd busiest airport in 2022, based on departing flights using Cirium schedules information data. It had non-stop flights to 39 states this year, two fewer than from nearby Miami. Invariably, New York had more Fort Lauderdale flights than any other state, then Texas, Georgia, New Jersey, and intra-Florida.

In 2022 and into 2023, 18 new domestic routes have started or will do so. Of these, eight are by Frontier. The ULCC served Fort Lauderdale for years until April 2020, shortly after coronavirus impacted everywhere. It concentrated fully on Miami but returned to Fort Lauderdale in February 2022. The new routes are as follows, with numbers in brackets denoting weekly frequencies: 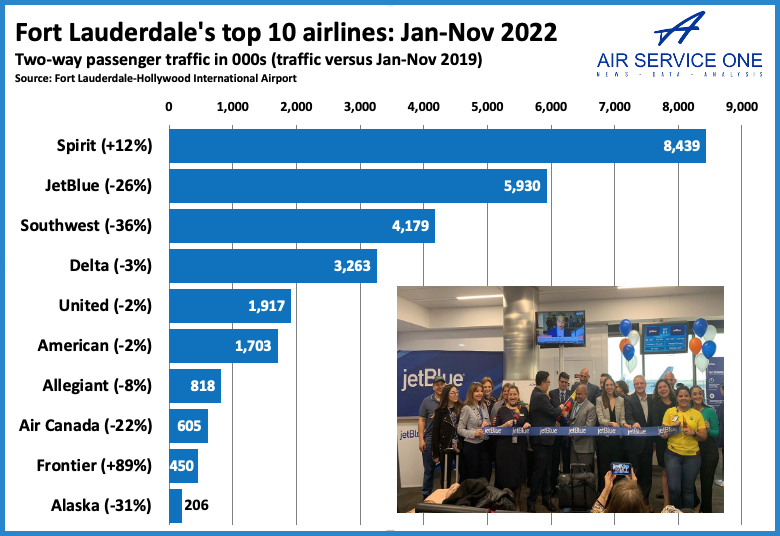 International lags, but gets new routes

Until the pandemic, the sheer increase of international service at Fort Lauderdale was remarkable and mainly because of the airport’s two dominant operators: Spirit and JetBlue. Invariably, international recovery lags domestic, but various new routes have started, as follows. The two standouts are Norse Atlantic from Berlin and Azul from Manaus: neither destination has ever had Fort Lauderdale flights before. 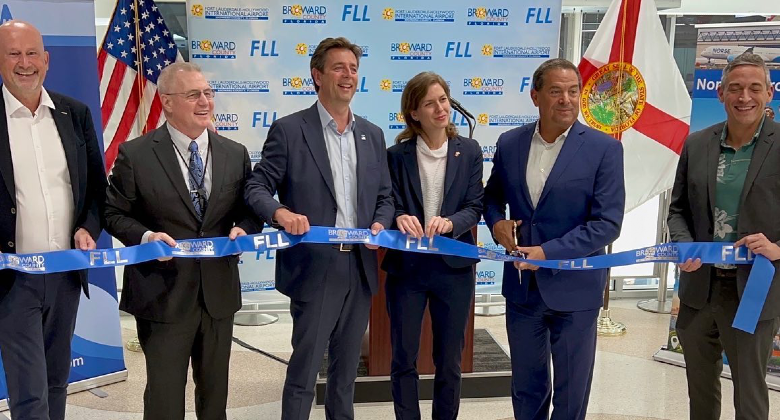