German traffic recovery rate to worsen before it gets better; might not get back to 2019 levels before 2026 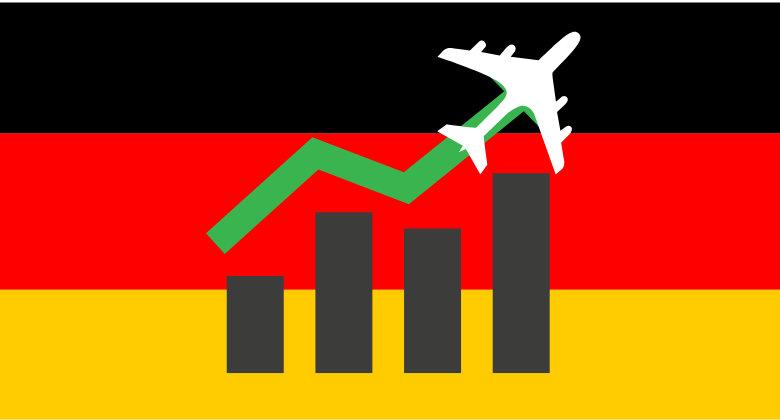 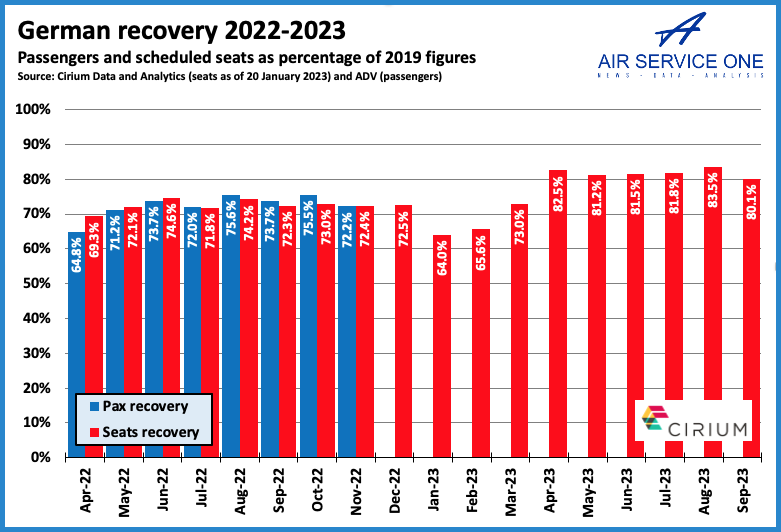 This begs the question as to when the German market will recover to the pre-pandemic levels of 2019. At this rate full recovery might not happen until 2026 or 2027, or potentially even later.

easyJet and Lufthansa have cut the most capacity

If we look at the leading airlines in the German market we can see significant differences in their recovery rate. There are 7.75 million fewer departing seats from German airports during this period. The airlines that have reduced their capacity the most are easyJet (down 1.92 million seats), Lufthansa (down 1.32 million), Ryanair (down 1.17 million) and Eurowings (down 1.06 million). 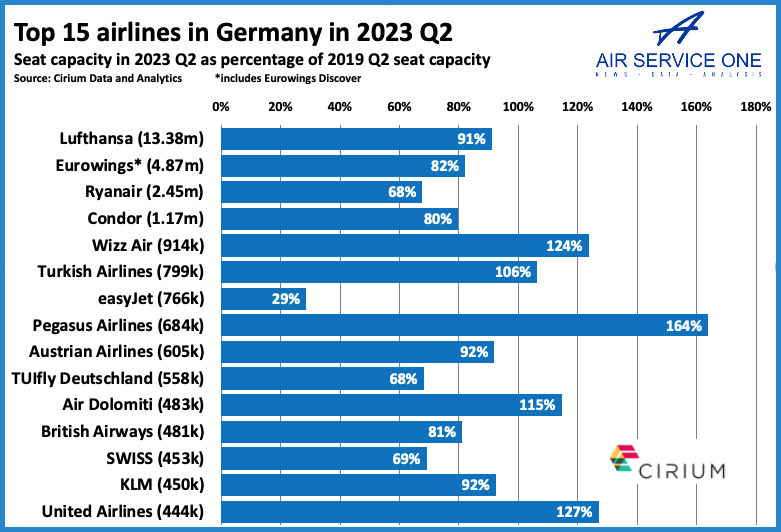 Among the top 15 airlines, five have increased capacity versus 2019 Q2. This includes two airlines from Turkiye (Turkish Airlines and Pegasus Airlines), one ULCC (Wizz Air), one US carrier (United) and one regional carrier (Air Dolomiti). The latter is benefitting from taking over a number of Lufthansa routes.

Some major airports still seeing capacity down by more than 30%

None of Germany’s eight busiest airports are set to see a recovery rate of more than 90% in the second quarter of this year. Alarmingly, three airports – Berlin, Hannover and Stuttgart – will still be some way short of achieving a 70% recovery rate. 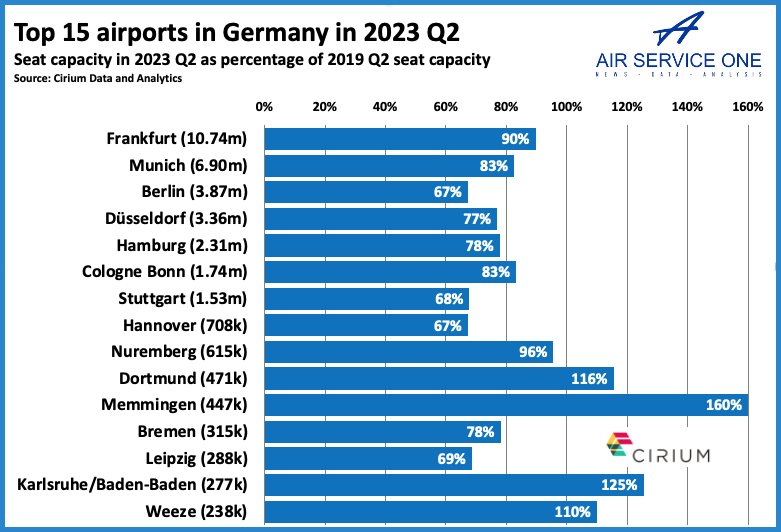 There is better news for some of Germany’s smaller airports in the top 15. Memmingen (capacity up 60%), Karlsruhe/Baden-Baden (up 25%), Dortmund (up 16%) and Weeze (up 10%) are all expecting capacity (and hopefully passenger) growth compared with 2019 in the second quarter of 2023. What do these airports have in common? Ryanair and/or Wizz Air are the major operators at these airports.