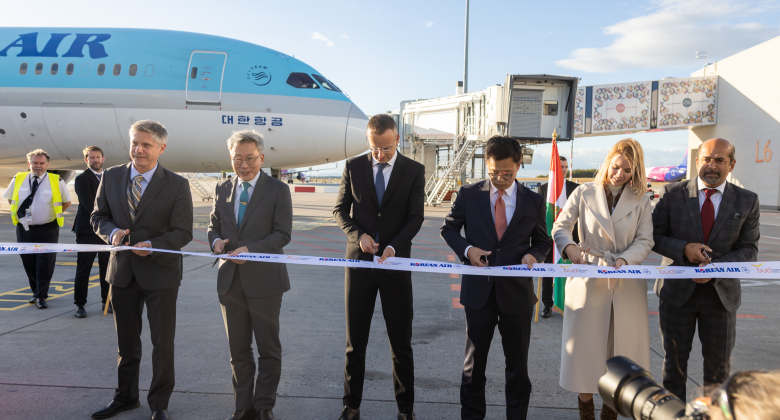 Korean Air recently added its first new European route since the start of the pandemic when it began 2-weekly service between Seoul ICN and Budapest in Hungary on 3 October. The 8,160-kilometre route is already served 2-weekly by LOT Polish Airlines. Analysis of the SkyTeam carrier’s monthly capacity since January 2019 to Europe and North America clearly shows how the airline has recovered more of its capacity to North America than to Europe.

Using January 2019 as the starting point (index = 100) Korean Air’s North American capacity in December 2022 is set to be at just under 81% while European capacity is still lagging behind at just over 62%. 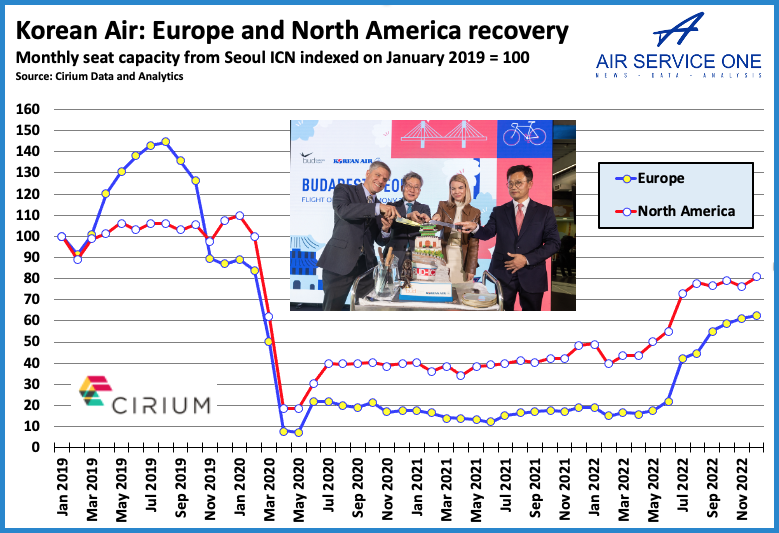 US and Canada routes all still operating 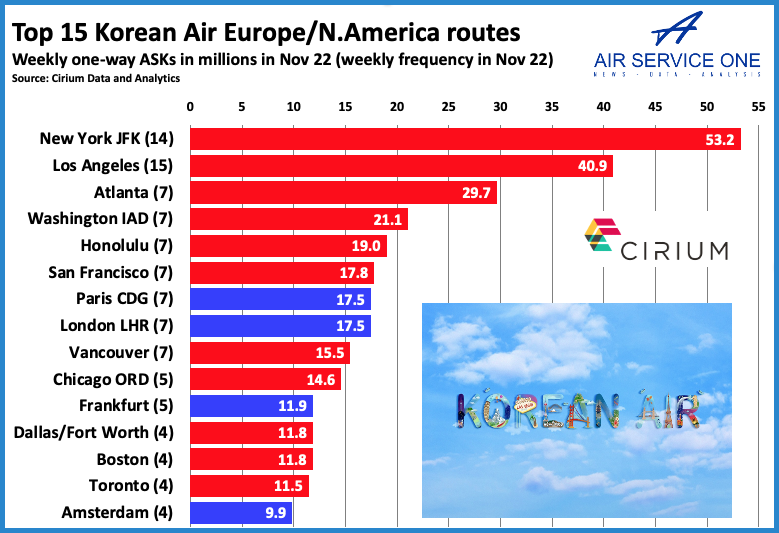 New York JFK and Los Angeles are the only European or North American routes served 2-daily. Combined with the sector lengths, these two routes are way out in front for ASKs (Available Seat Kilometres). The JFK route is also served daily by Asiana Airlines, while the LAX route is also served by Asiana (this time 2-daily) and newcomer Air Premia (5-weekly).