Analysis by Air Service One suggests that the 12th week of the summer 2022 (S22) season (covering the period Sunday 12 June to Saturday 18 June) saw airlines launch a total of 78 new routes involving European airports, up from 66 in the previous week. Highlight of the week (on 14 June) was the launch of the inaugural service of Norse Atlantic Airways (between Oslo and New York JFK) followed a few days later by the carrier’s second route from Oslo to Fort Lauderdale. There were also other new long-haul services from Bamboo, Etihad Airways, Eurowings Discover, Neos and TUI Airways.

Airports in Spain welcomed the most, new services, with 17, followed by Italy with 14. Then came Croatia with 11 and Greece with nine. The leading airports for new services last week were Chisinau in Moldova with six (thanks to FlyOne), followed by Oslo OSL, Stockholm ARN and Split, with five each. 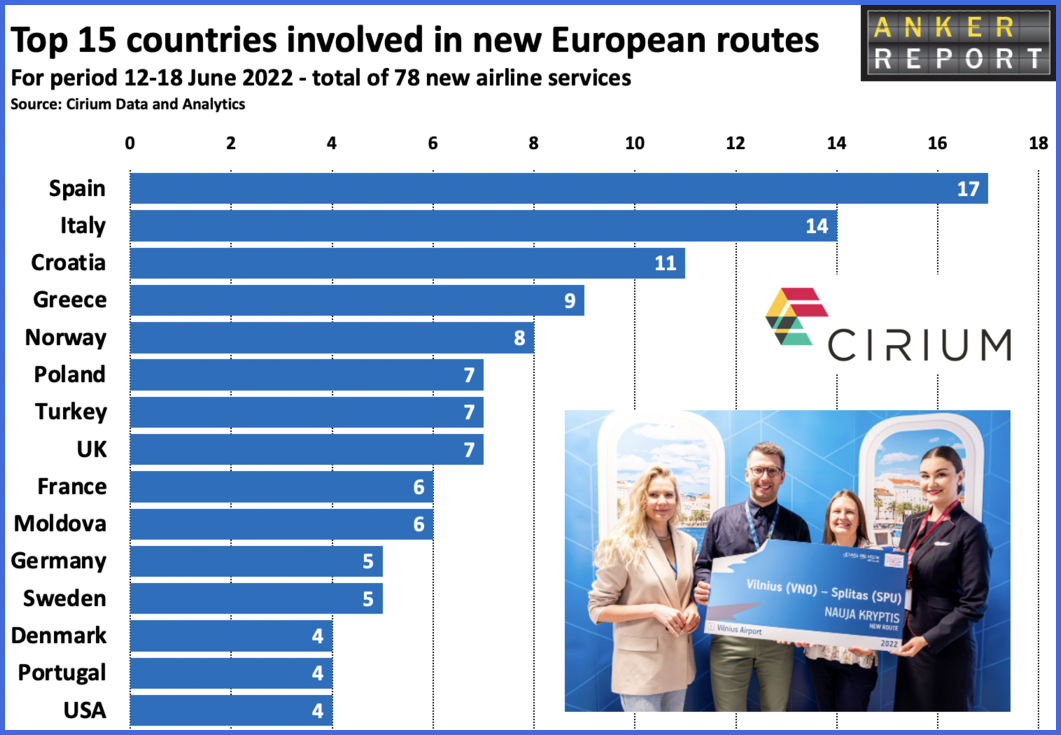