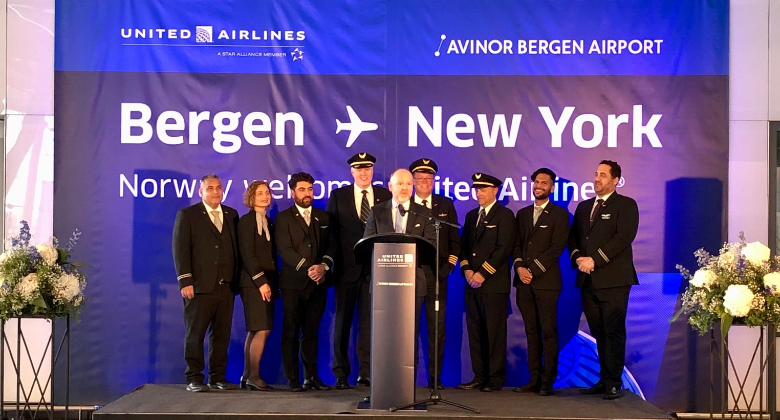 The eighth week of the summer 2022 (S22) season (covering the period Sunday 15 May to Saturday 21 May) saw the launch of 42 new routes involving European airports, up from 27 in the previous week. Highlights included new transatlantic routes from Air Canada, Air France, Condor, United and WestJet, as well as new leisure services from German airports provided by Condor, Corendon Airlines, Eurowings and SundAir

Meanwhile, according to analysis of Eurocontrol data, the 7-day average recovery rate for European flights (comparing 2022 movements with those during the same period in 2019) decreased by 0.9 percentage points during the last week from 85.9% as of Saturday 14 May, to 85.0% as of Saturday 21 May. This reverses what had been a slow but steady improvement in the recovery rate in recent weeks. Analysis of Cirium schedule data suggests it is unlikely that the recovery rate will reach 90% before July. 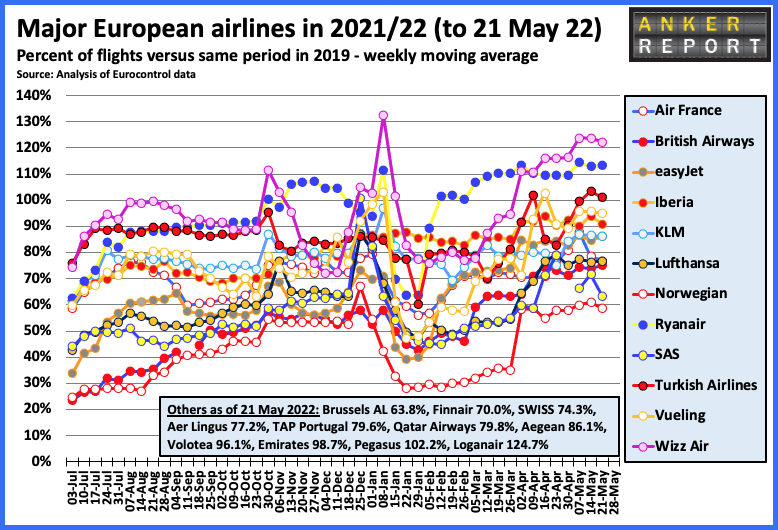