The fourth week of the summer 2022 (S22) season saw the launch of 17 new routes involving European airports. This included the first US service (to Baltimore/Washington) from Iceland’s newest airline PLAY, the return of Condor to Athens after a gap of over 20 years, and Transavia launching several low-frequency leisure routes. United also added two new European routes between Chicago and Zurich, and between Denver and Munich.

Meanwhile, according to analysis of Eurocontrol data, the 7-day average recovery rate for European flights (comparing 2022 movements with those during the same period in 2019) increased by 0.4 percentage points during the last week from 82.0% as of Saturday 16 April, to 82.4% as of Saturday 23 April.

Among the 12 airlines tracked in more detail in our graph Wizz Air (116%) and Ryanair (110%) are the only ones reporting a recovery rate in excess of 100%. All other major European carriers are now at between 70% and 90%. Lufthansa and SAS both crept closer to the 80% mark, while Air France improved by almost six percentage points to 76.7%. 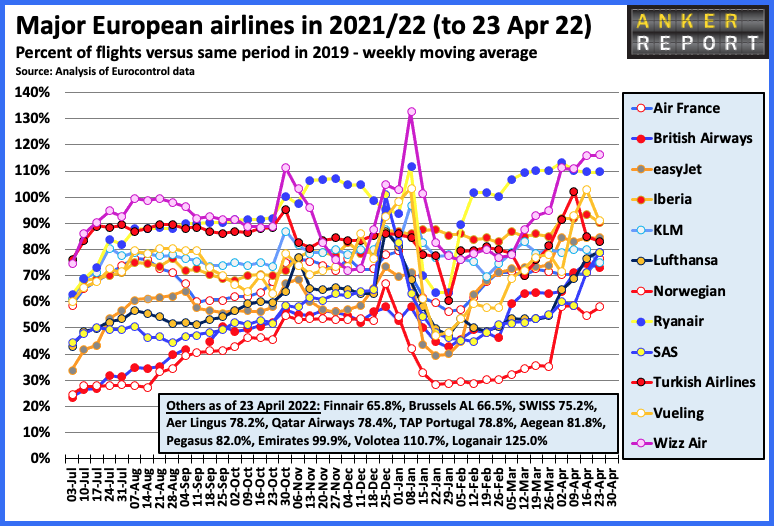 Frankfurt was busiest European airport for flights on 23 April