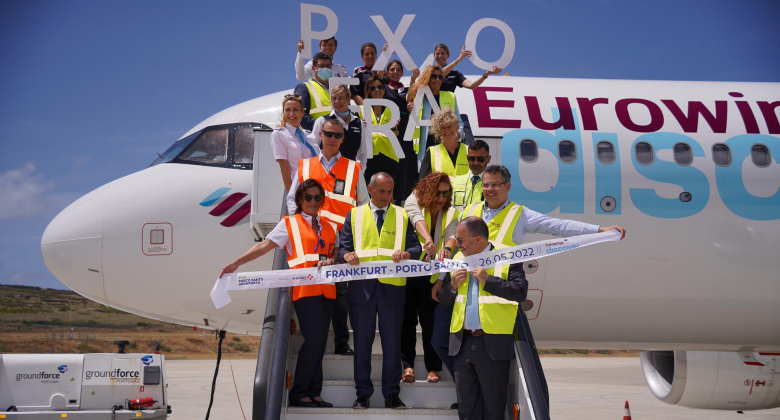 Meanwhile, according to analysis of Eurocontrol data, the 7-day average recovery rate for European flights (comparing 2022 movements with those during the same period in 2019) increased by one percentage point during the last week from 85.0% as of Saturday 21 May, to 86.0% as of Saturday 28 May. Among the 12 airlines tracked in more detail in our graph only Wizz Air (120%) and Ryanair (112%) are currently recording a recovery rate above 100% in terms of flights. However, Iberia, Turkish Airlines and Vueling are at 90% or above. 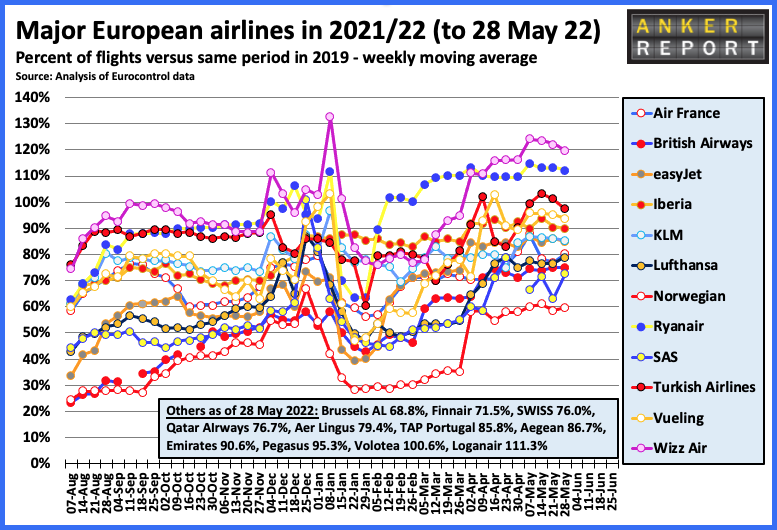