The recovery in air travel demand in the US appears to have taken a slight dip during the last fortnight as demand hovers at between 85% and 90% of the level seen during the same period in 2019. However, this was after the recovery peaked at 95% around the time of the Memorial Day weekend at the end of May.

Newcomer Breeze added a batch of new US routes, while Air Canada launched several new services from Montreal. Also in Canada, Flair and Swoop introduced new services and airports to their network. JetBlue launched its first ever flights to Canada when it began service from JFK to Vancouver. Meanwhile, Mexico’s leading domestic carrier, Volaris, added Peru to its international network with the introduction of its first ever services to Lima.

Analysis of Cirium data for June, July and August 2022 (and the same months in 2019) reveals that the lower-cost, point-to-point carriers in the US, are recording higher seat recovery rates than the higher-cost, hub-and-spoke carriers. We have split the top 10 US airlines into three categories: 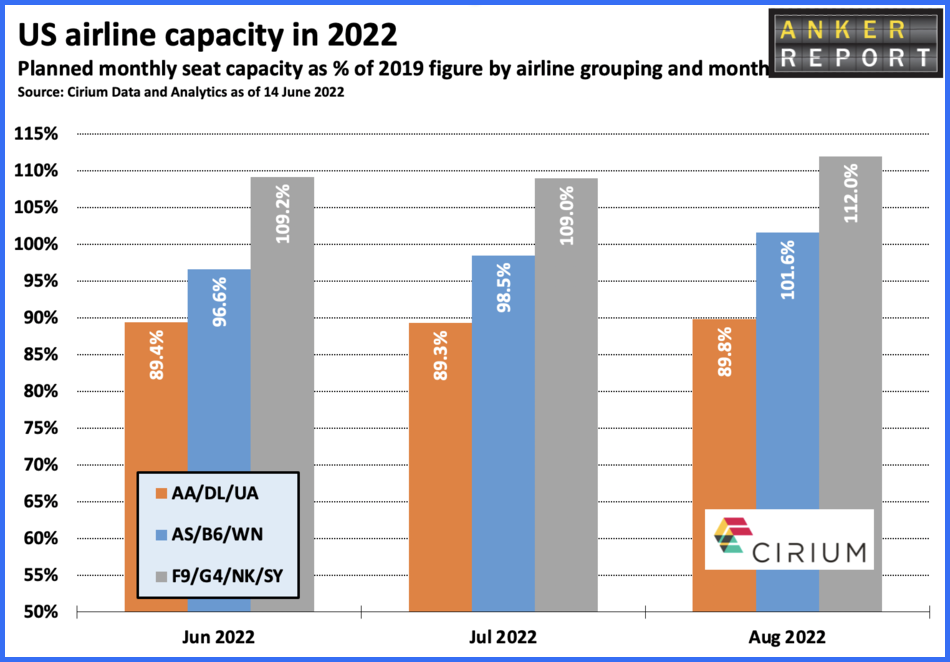 The recovery rate for all three categories is fairly consistent for the next three months, although airlines are continuing to adjust capacity on a weekly basis.

If so, then check out our weekly Last Week in North America report which can be downloaded here.