Compared with many countries across the globe, Mexico’s domestic air travel market recovered relatively quickly in 2020. After being more than 90% down on 2019 demand in April and May of last year, by December passenger numbers were down only 35% compared with the previous year. 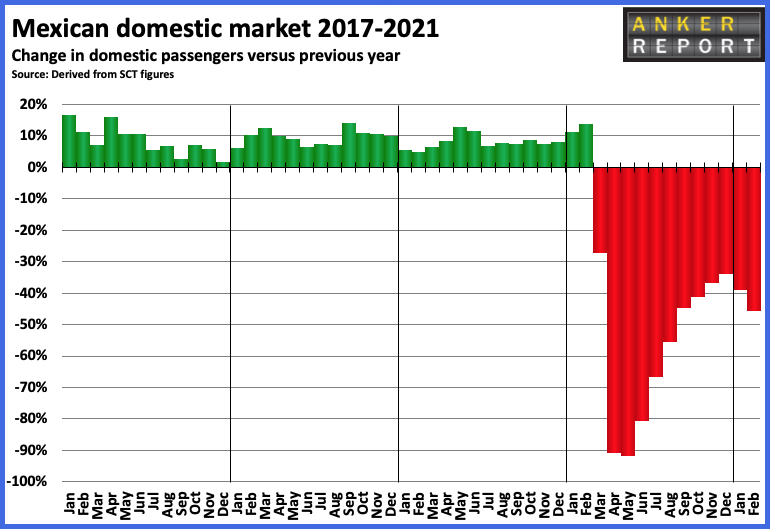 As a result of the demise of Interjet there are now three major players left in the domestic market; Aeromexico, Vivaaerobus and Volaris. As of February 2021, Volaris has about 40% of the market, Aeromexico and its subsidiary Aeromexico Connect share around 35%, while Vivaaerobus has 25%. Four other carriers each have less than 1% of the domestic market; Aeromar, Magnicharters, Aereo Calafia and TAR Aerolineas. 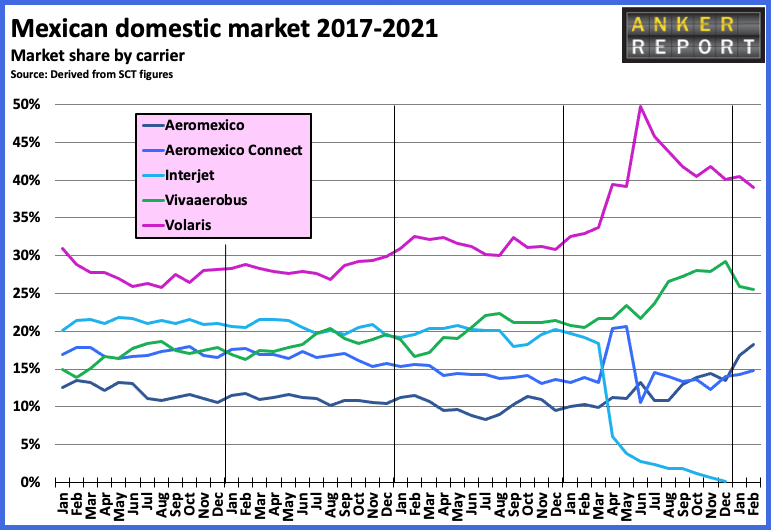 As elsewhere, international traffic was hit harder than domestic traffic by the pandemic. From being down over 95% in April and May, demand recovered but was still down over 50% in December. Figures for February 2021 show demand now almost 70% down on February 2020, the last month before the pandemic impacted travel demand.

Among the carriers, Volaris reported 2.52 million passengers on international flights in 2020 (down 42%) at a load factor of 76.6% (down from 81.0% in 2019). Government figures for Volaris have a figure of 2.17m flown passengers, which suggests maybe the Volaris figure was booked rather than flown passengers.