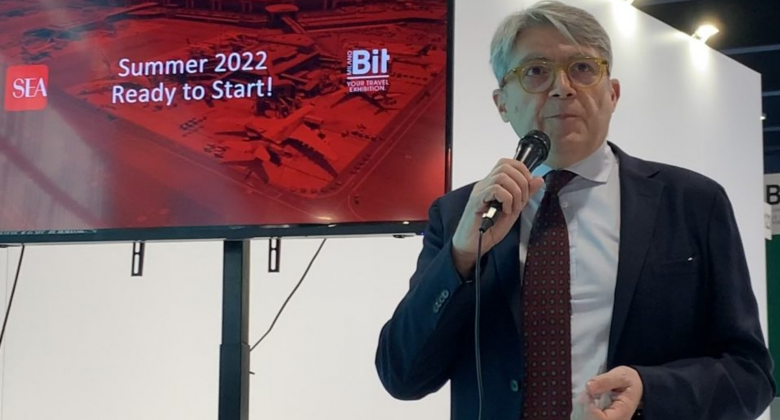 With a network of 156 destinations in 70 countries all over the world served by 69 companies, Milan Airports can assess a 75% recovery of its portfolio versus the record year of 2019. Even more positive is the recovery in terms of seats offered which exceed the numbers of Summer 2019 and are well above the European average (91%), thus confirming the interest of the market for the airports managed by SEA.

North America is the driver of the recovery on the long-haul for the summer. New commercial proposals are enriching the offer thanks to the entry of new players (ITA, Neos and La Compagnie) and new destinations such as Chicago and Montreal which, in addition to Atlanta, will allow greater network capillarity and easier access to the US and Northern Italy markets.

The strength of business proposals and opportunities delivered by Milan is confirmed by the record number of seven carriers serving the Big Apple and placing Malpensa as the European airport with the highest number of companies on the destination. As evidence of the importance of the business segment in our market, the French carrier La Compagnie will start a new all business class service on 15th April. Latam on São Paulo will help recovering the connectivity throughout South America, while the commercial offer for outgoing tourist traffic is guaranteed by the presence of Neos in Central America and the Caribbean.

The pandemic crisis, which is still hindering the recovery in many important Asian markets, has highlighted the key role of the Gulf hubs as gateways to the Indian subcontinent, Far East and Africa. With the addition of Bahrain operated by Gulf Air from the beginning of June, Malpensa will be connecting seven airports in the region. Across the Middle East sector, the variety of the offer will support the return of traffic as early as this summer. Iran, Lebanon and Israel are connected by the historic services of Iran Air, MEA and El Al. Jordan will benefit from the Wizz Air new twice-weekly flight to Amman.

As far as Africa is concerned, the connections to Dakar by both Air Senegal (four flights a week) and Neos (two flights a week) and those to Addis Ababa by Ethiopian Airlines (daily flight) were already restored some time ago. Coverage of North Africa is guaranteed by the gradual return to pre-Covid operations of Royal Air Maroc, Air Algerie, Tunis Air, Egypt Air and Air Cairo and the reopening of Red Sea destinations as early as winter with the activation of tourist corridors.

The recovery in Asia has accelerated with the return of the daily Singapore Airlines flight. As for China, despite the country’s zero-Covid policy severely limiting the reopening of the market, Neos and Air China maintain their respective schedules on Tianjin and Beijing.

Also, this summer season, airlines are mainly focusing their activity on short- and medium-haul destinations where the highest share of capacity is on sale and the recovery reaches 106% vs 2019.

At Malpensa, base of 40 aircrafts of the three major LCCs (easyJet, Ryanair and Wizz Air) serving a network of 88 destinations, the recovery of this market is stimulated by a wide and incremental commercial offer, enriched by new destinations on the Aegean sea (Izmir by Sun Express, Skiathos and Thessaloniki  , easyJet and Wizz Air and Aegean Airlines respectively), the Adriatic (with the new flight to Split by Croatia Airlines) and the Mediterranean (with easyJet on Lampedusa for the first time). Additional flights also to more traditional destinations, such as London, where Wizz Air and British Airways diversify by introducing both Gatwick, and the latter also London City. Wizz Air completes its portfolio of new additions with Prague and Tuzla in Bosnia-Herzegovina. Finally, we would like to highlight Singapore Airlines, which since a few months, has been offering the unique possibility of flying to Barcelona with the premium intercontinental service of an Airbus A350-900 thanks to fifth-freedom rights.

In terms of European connectivity, the renovated City Airport of Linate presents itself in the post-pandemic times with its own dose of new connectivity provided both by new carriers and more European destinations, with a greater balance between domestic and international. In addition to ITA’s first season, with a larger fleet, the highlights are the increased presence of all carriers, the consolidation of new players (Volotea, Wizz Air and Air Dolomiti in Munich) and the activation of new destinations (ITA’s Hamburg and Palma de Mallorca), which will guarantee a bunch of commercial proposals.