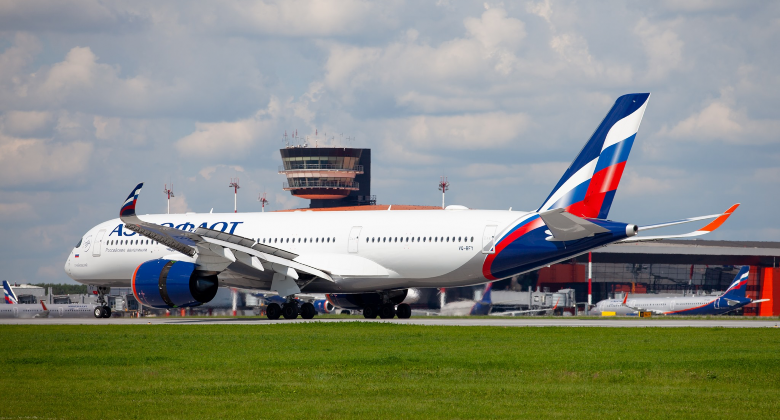 With 1.78 million passengers, Frankfurt ranked sixth (just behind St. Petersburg) and was the leading western European hub, ahead of Madrid (8th), Paris CDG (10th) and Amsterdam (11th). The same 15 airports filled the top 15 places as they did in May. With Moscow VKO in 9th and Sochi in 14th, Russia again had five airports in the top 15. Turkey had three, with the two Istanbul airports joined by Antalya in 7th. Spain also had three airports in the top 15 with Madrid being joined by both Palma de Mallorca (12th) and Barcelona (13th). Paris, like Istanbul and Moscow, managed to get more than one of its airports into the top 15 as Paris ORY (15th) joined Paris CDG. 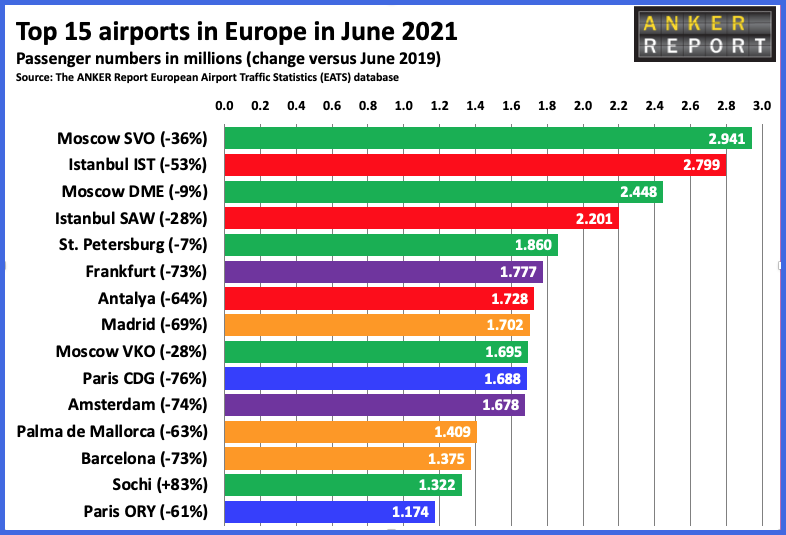 Sochi remains the only one of the top 15 airports to report growth compared with June 2019. However, both Moscow DME and St. Petersburg have got the percentage difference down to single figures. To get into the top 15 in April you needed to handle almost 500,000 passengers. In May this had risen to 700,000 and in June the cut-off point was almost 1.2 million.

To see details of June passenger numbers for over 300 airports across Europe, check out the European Airport Traffic Statistics (EATS) file available to download on this website. The file is updated regularly as and when figures become available.