New Route of the Day (18 December 2021): airBaltic between Riga and Kittilä 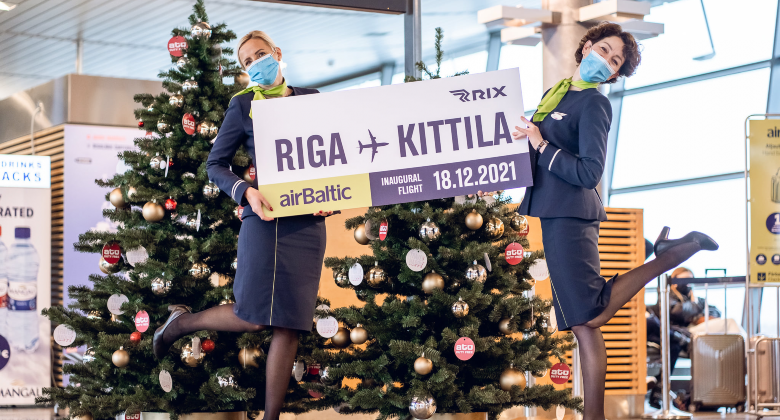 airBaltic on 18 December began a new seasonal service between its home base in Riga and Kittilä in Finland. Flights will operate weekly (every Saturday) on the 1,200-kilometre route until 12 March. The airline’s A220-300s will be used on the connection. Kittilä is in the Lapland region of northern Finland and lies within the Arctic Circle.

Around half of all flights in December were with Finnair to Helsinki, but according to Cirium data there were also other international flights from Amsterdam (TUIfly Netherlands), Brussels (TUIfly Belgium), Geneva (SWISS), Munich (Lufthansa), Paris CDG (ASL Airlines France) and Zurich (Helvetic). In addition, easyJet (from Bristol and London LGW) and TUI Airways (from 10 UK airports as well as Dublin) offered flights from outside continental Europe.

In 2019, Kittilä welcomed 363,000 passengers with December by far the busiest month (98k passengers) followed by March (73k), February (68k) and January (59k). Between May and October there were fewer than 10k passengers each month.