New Route of the Day (19 December 2022): Ryanair between Paris BVA and Eilat-Ramon 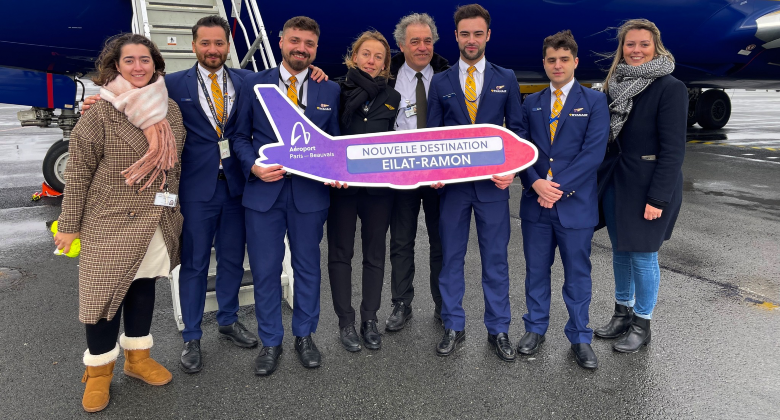 Ryanair added a new non-stop service between France and Israel on Monday 19 December. The Irish ULCC chose that day to begin 2-weekly flights between its base at Paris BVA and Eilat-Ramon (IATA code ETM) in the south of the country, close to the border with Jordan. The 3,530-kilometre route will operate on Mondays and Thursdays. Ryanair now serves Eilat-Ramon from four bases, the others being Brussels CRL (launched on 17 December), Kaunas and Krakow.

Eilat-Ramon Airport was opened two years later than originally planned in January 2019, as a civil replacement for Eilat-Ovda Airport (IATA code VDA) which is now only used for military operations. The new airport is partly named in honour of Ilan and Asaf Ramon. Ilan Ramon was the first Israeli astronaut and died on the American Space Shuttle Columbia in 2003. Asaf Ramon was his son, who died in a military training accident while flying an F-16A in 2009.

Other carriers serving the Israeli airport include Wizz Air, which serves Eilat-Ramon 2-weekly from both Rome FCO and Vienna, and Transavia France, which offers weekly flights from Paris ORY.