New Route of the Day (20 November 2021): Virgin Atlantic between London LHR and Nassau 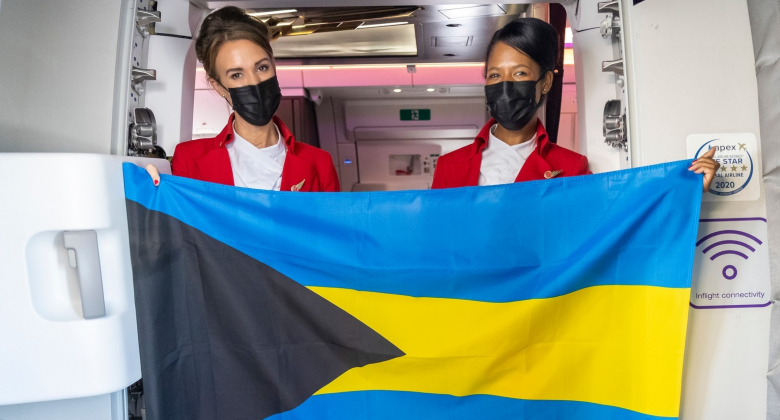 Virgin Atlantic on Saturday 20 November began 2-weekly service on the 6,990-kilometre route from London LHR to Nassau in the Bahamas. The inaugural flight (VS 107) operated by a Boeing 787-9 (registration G-VAHH) departed Heathrow at 10:10 and arrived at Lynden Pindling International Airport at 14:09 after an almost nine hour flight. It then flew on to Montego Bay in Jamaica. The aircraft then reversed its journey. British Airways has operated non-stop to Nassau for many years and will be operating 6-weekly (daily except Mondays) on the route this winter using 777-200ERs. Virgin Atlantic’s second weekly frequency is on Wednesdays.