New Route of the Day (22 October 2022): Air Caraïbes between Paris ORY and Cancún 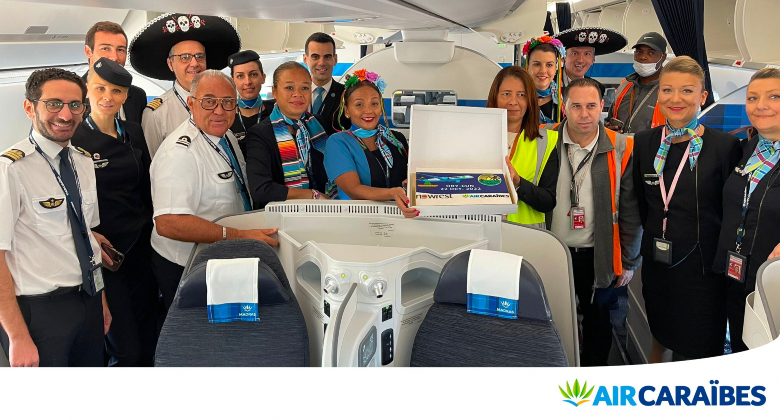 Air Caraïbes (IATA code TX) launched 2-weekly service between Paris ORY and Cancún in Mexico on Saturday 22 October. The 8,225-kilometre route will operate initially on Wednesdays and Saturdays, with a third weekly service (on Mondays) being added in December. The airline will operate its A350-900s on the route.

Based in Guadeloupe in the French West Indies, Air Caraïbes has an active fleet of 11 aircraft according to planespotters.net. These comprise six A350s (three -900s and three -1000s), two A330-300s and three ATR 72s.

The airline’s other non-stop routes from Paris ORY in November are: