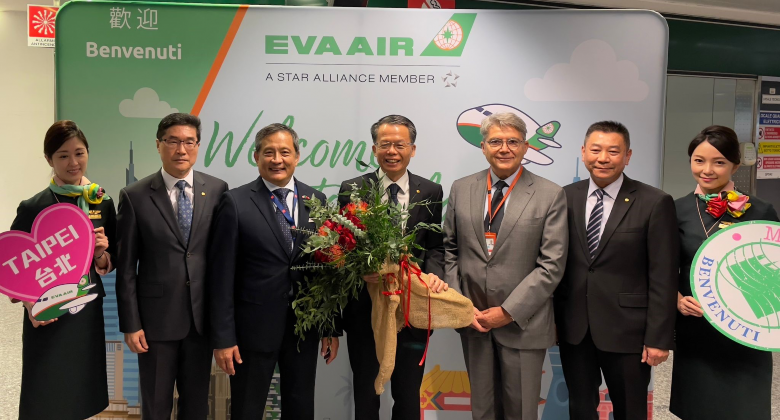 Taiwan’s EVA Air (IATA code BR) launched its first new route to Europe for several years when it began non-stop service between Taipei and Milan MXP on Tuesday 25 October. The 9,640-kilometre route will be served 2-weekly on Tuesdays and Saturdays and faces no direct competition. The airline will operate its 777-300ERs on the route. A second new route to Europe, this time to Munich in southern Germany, is set to launch on 3 November.

These two new routes to Milan and Munich join EVA Air’s existing non-stop services to Paris CDG (daily) and Vienna (3-weekly) in Europe. In addition, the carrier serves Amsterdam (3-weekly) and London LHR (daily), but these services operate via Bangkok in Thailand in both directions.

For Milan MXP, Taipei becomes the latest Asian destination to be served non-stop from the airport. This winter, according to Cirium data, the airport will also have weekly flights to Hong Kong with Cathay Pacific, 3-weekly service to Seoul with Korean Air and daily service with Singapore Airlines to, you guessed it, Singapore.