New Route of the Day (9 November 2022): flynas between Jeddah and Marseille 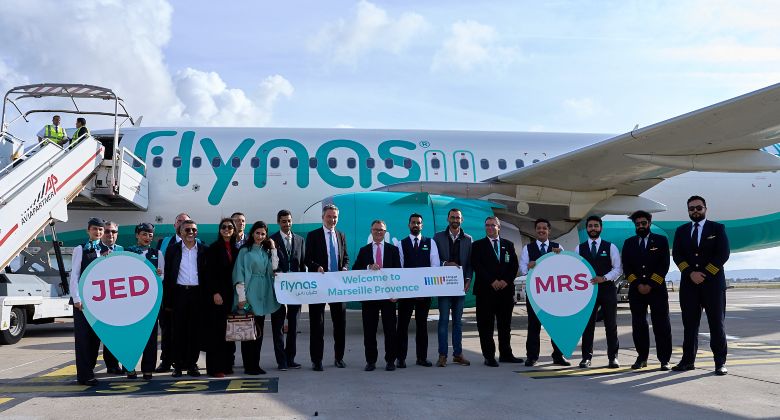 Saudi Arabian LCC flynas (IATA code XY) has launched its latest route to Europe with the introduction on 9 November of 2-weekly service between Jeddah and Marseille. The 3,950-kilometre route will operate on Wednesdays and Saturdays from Jeddah, and on Thursdays and Sundays from Marseille. flynas will use its fleet of A320/A320neos, of which it currently has around 40.

When the airline launched back in 2007 it focussed predominantly on the huge Saudi domestic market. However, Cirium data for November 2022 shows that only 58% of the airline’s weekly seats are now allocated to domestic flights. It has just over 20% of the domestic market, compared with 54% for SAUDIA and 22% for flyadeal. SAUDIA has 31% of seats in the Saudi Arabian international market, with flynas second on 7%.

In November, flynas is operating just four routes to Europe. It serves Istanbul SAW from both Jeddah and Riyadh as well as Hatay in Turkey from Riyadh. Plus, the new Marseille route. Analysis of Cirium schedules data for August 2022 shows that flynas served nine European destinations non-stop from Riyadh, four from Jeddah and one from Gassim (Trabzon). Half of these routes were to Turkey. The non-Turkish routes were to (weekly frequency in brackets):

Readers with long memories may recall that back in 2014 flynas served the UK market for a few months. It operated flights to Gatwick from both Jeddah and Riyadh, as well as offering 3-weekly service to Manchester from Jeddah between May and early August.