New Route of the Day – Americas (10 January 2023): American between Phoenix and Monterrey 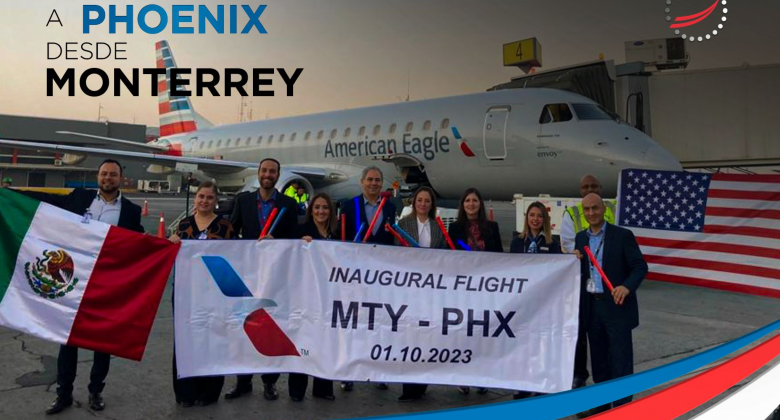 American has added a new route to Mexico. On Tuesday 10 January the oneworld carrier launched daily service on the 1,430-kilometre route between Phoenix and Monterrey. American is using Embraer E175s on the route, operated by its partner airline Envoy Air. Flight AA3832 departs the Arizona airport at 20:00 local time and arrives in Mexico at 23:14 local time. The aircraft then night-stops in Monterrey. The return flight, AA3835, departs Monterrey at 08:11, returning to Phoenix at 09:50 local time.

The two airports were last connected with non-stop flights by America West between November 2003 and October 2004. Flights were operated using 50-seat CRJs operated by Mesa Airlines.

This new route means that American now serves Monterrey non-stop from four US airports. The others are Dallas/Fort Worth (4-daily), Miami (daily) and New York JFK (daily).

A total of 12 Mexican airports are now served non-stop by American from Phoenix. On some routes it faces competition from either Southwest or Volaris. The routes are (weekly frequency in January according to Cirium schedule data in brackets): 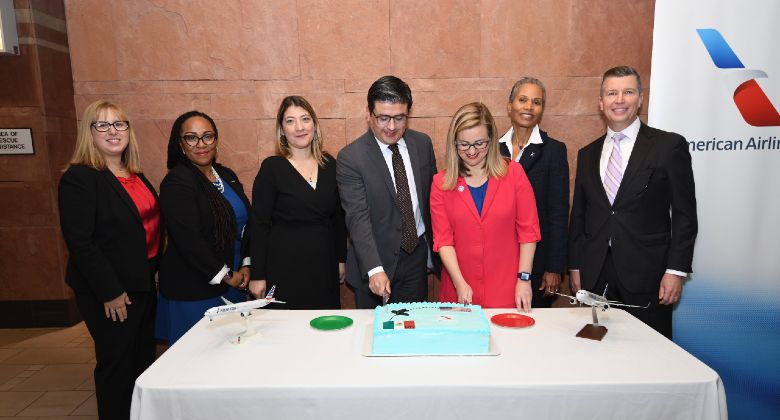