New Route of the Day – Americas (16 June 2022): Alaska Airlines between Seattle and Miami 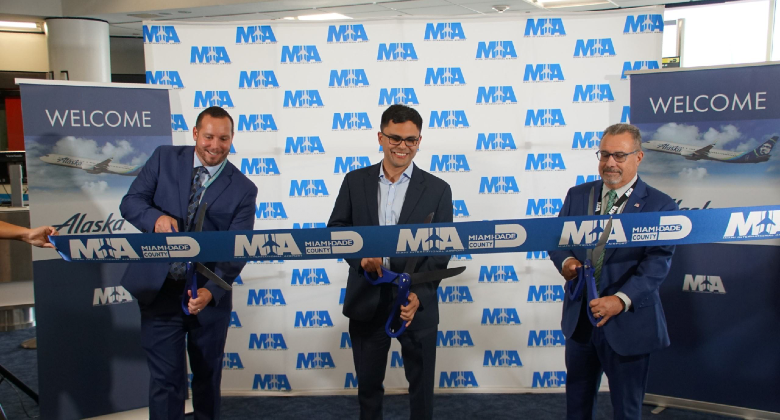 Alaska Airlines resumed service to Miami on Thursday 16 June after a gap of almost 10 years. The return of services from Seattle also marked the airline’s 100th non-stop destination from Seattle. The oneworld carrier will utilise its 737-800s and -900s to serve passengers. Competition on the 4,384-kilometre route comes from fellow oneworld alliance member, American, who also operate a daily service using their A321neos. Alaska Airlines last served Miami from Seattle on 15 July 2012 according to Cirium schedule data.

With the addition of Miami, Alaska Airlines now serves five destinations in Florida non-stop from Seattle, joining Fort Lauderdale (served daily in August 2022, down from 2-daily in May), Fort Myers (2-weekly), Orlando MCO (3-daily) and Tampa (10-weekly). Delta competes head-to-head on the Orlando and Tampa routes.

At 4,384 kilometres this becomes the airline’s second longest route on its summer network, beaten only by the 4,580-kilometre route from Anchorage to Chicago ORD. Some winter seasonal services to Hawaii and Belize are also over 4,400 kilometres in length.

Brett Catlin, VP of Network and Alliances, Alaska Airlines, said: “We’re flying new routes and heading to new destinations where our guests want to go. We’re seeing strong ticket sales for all our new nonstops. That’s another indication that so many of us are ready to get out and go places.”

Ralph Cutié, MIA Director and CEO, added: “It is an honor to once again have Alaska Airlines and its award-winning service among our diverse mix of 94 airline partners at MIA. We appreciate Alaska Airlines’ decision to add Miami to its Florida network and make us its 100th nonstop destination from Seattle.”