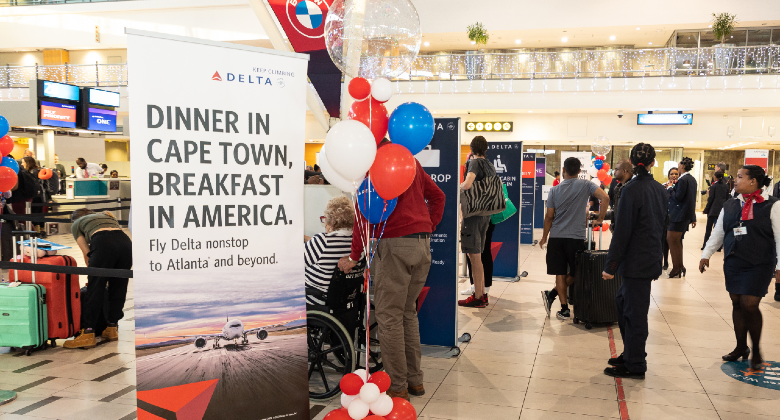 Delta Air Lines now connects its main hub in Atlanta with Cape Town in South Africa. On Saturday 17 December the SkyTeam member introduced 3-weekly service on the 13,040-kilometre route. Flights depart the Georgian airport on Mondays, Thursdays and Saturdays. The route was supposed to start a couple of weeks earlier (hence the date on the celebratory ribbon). Delta will use its A350-900s on the route. According to planespotters.net it has 28 of the type in its fleet of which 21 are currently active. This new route complements the airline’s existing daily non-stop service from Atlanta to Johannesburg.

Delta operates three other non-stop routes to Africa this winter:

Now five routes between US and South Africa

Apart from Delta, United also offers non-stop flights between the US and South Africa this winter: 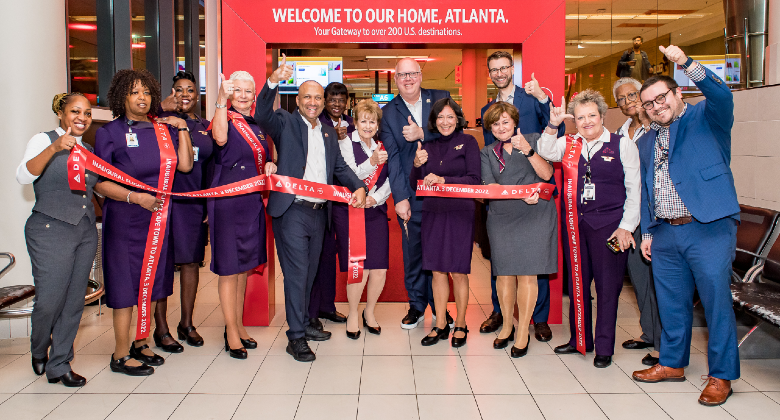