New Route of the Day – Americas (5 August 2021): WestJet between Calgary and Amsterdam 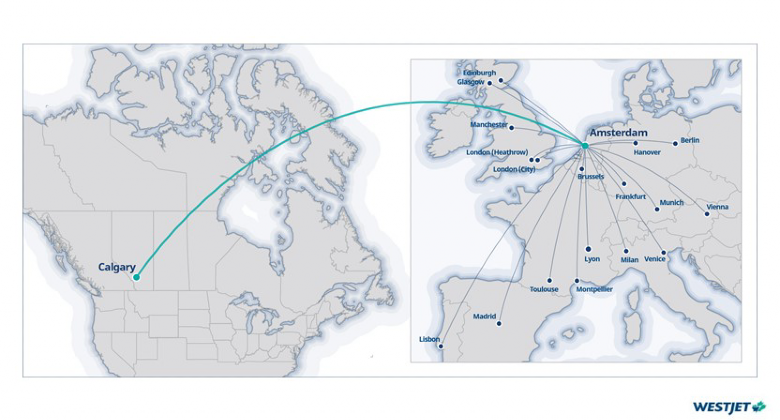 After a long period of severely restricted operations, Canada’s WestJet launched a new transatlantic route on Thursday 5 August between Calgary in the province of Alberta and Amsterdam. Initially operating 2-weekly, frequency is set to increase to 3-weekly from 9 September. KLM already connects the two airports with 6-weekly service. The two carriers have a codeshare agreement enabling convenient access to 18 destinations across Europe.

WestJet launched long-haul flights to Europe in June 2014, with service between St. John’s and Dublin. Halifax to Glasgow service was added in May 2015. The following summer saw six more European routes added including the first European route from Calgary to London LGW. In 2019, Dublin and Paris CDG were added to WestJet’s Calgary network. The carrier currently has a fleet of six 787-9s which are each configured with 320 seats. Apart from this new route to Amsterdam, Cirium Data and Analytics shows the carrier operating this September to Gatwick from Calgary and Toronto, as well as from Calgary to Paris CDG.

John Weatherill, WestJet’s CCO, said: “We continue to invest in our global hub in Calgary, where we have the most departures, destinations and seats and we’re thrilled to see today’s flight take-off as we continue to rebuild our transatlantic network. This route between Calgary and Amsterdam provides greater access between Canada and European destinations for travellers on both sides of the Atlantic and is strengthening travel and tourism ties between our two countries.” 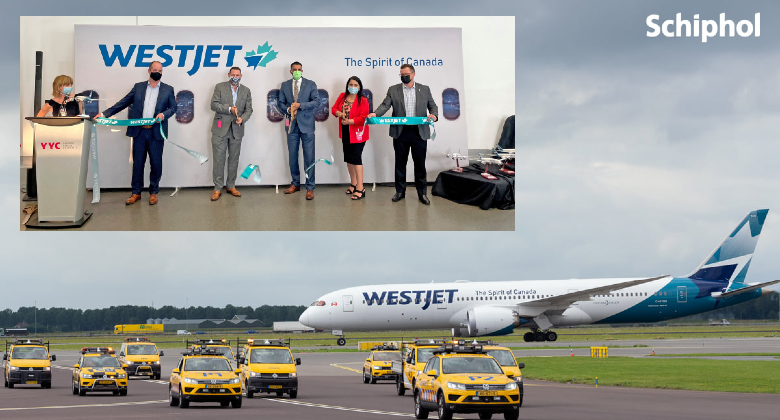