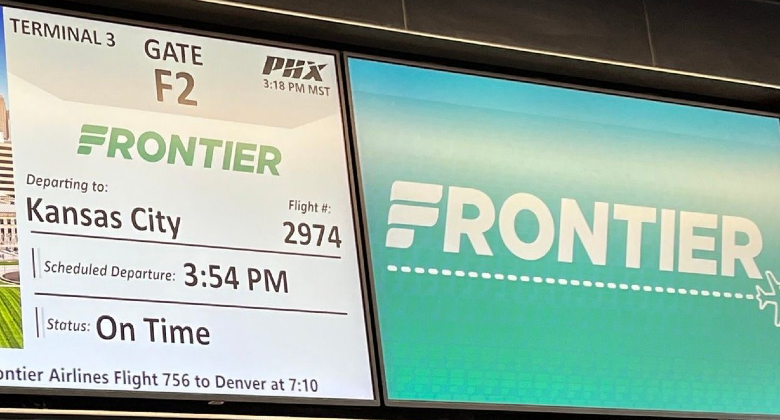 Frontier has expanded its presence at Phoenix PHX with the introduction of several new routes during the first week of January. Five new destinations have been added by the ULCC. All of them are already well-served by other carriers (weekly frequency in January shown in brackets):

Frontier will now be serving 23 destinations from Phoenix by the end of January, with a total of 145 weekly departures. A total of 13 destinations will be served with at least daily service. The highest frequency routes for Frontier at Phoenix in January are Denver (served 23-weekly) and Las Vegas (14-weekly).

Frequency on the new routes is set to increase quite quickly. By the end of March, Kansas City and Minneapolis/St. Paul, will be served daily, Indianapolis and Seattle will be 4-weekly, while Nashville will be 3-weekly.

Frontier opened a crew base at Phoenix last November when it also added several new routes including Fort Lauderdale, Orange County, Philadelphia and Portland. In addition, flights to Cincinnati and Detroit resumed for the first time since the start of the pandemic.