Six of Spain’s top 20 airports already back to 2019 levels in 2022; Ryanair increases lead over Vueling 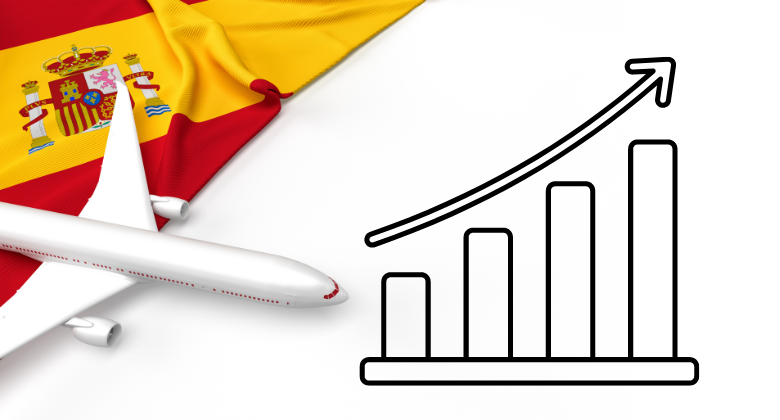 According to figures published by Aena, Spain’s airports welcomed almost 244 million passengers in 2022. That is only 12% fewer than the 275 million achieved in 2019. More impressively, in the last quarter of 2022, passenger numbers were down just 3% compared with the same period three years earlier. 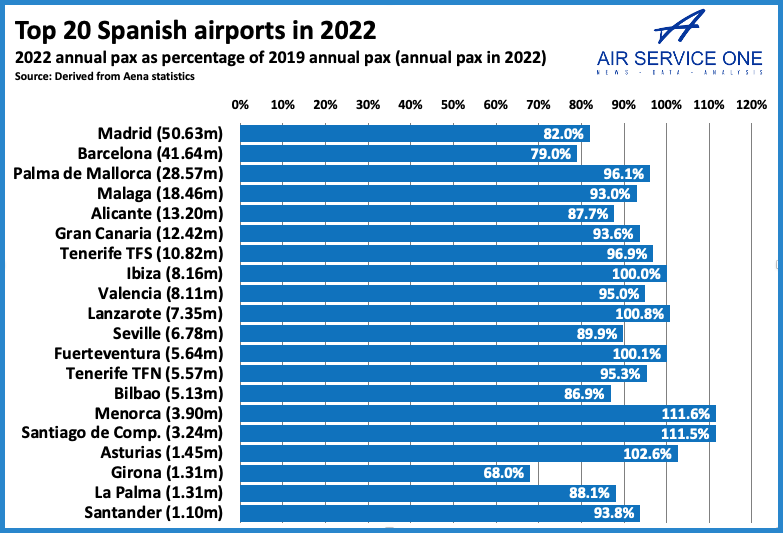 While traffic for the whole of 2022 at Spain’s two biggest airports at Madrid and Barcelona was still down 18% and 21% respectively, six of the country’s top 20 airports have reported demand above 2019 levels. Leading the way were Menorca and Santiago de Compostela. Both airports recorded double digit growth versus 2019. The four other airports to reach or just exceed 2019 levels of demand were Asturias, Fuerteventura, Ibiza and Lanzarote. Only two of the six airports to get back to pre-pandemic levels were on the Spanish mainland.

Analysis of Cirium schedules data shows that planned airline seat capacity in Spain was down 8% in 2022 versus 2019. Ryanair, Vueling and Iberia remained the top three airlines. However, Ryanair, which was only marginally bigger than Vueling in 2019, is now some 25% larger in terms of available seats. Six of the top 10 airlines reported capacity growth, including Eurowings, Jet.com and Transavia. 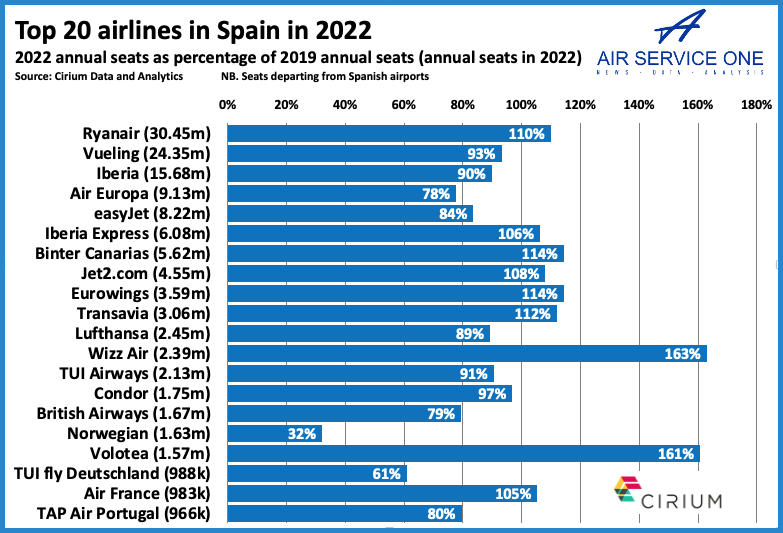 Two carriers in the top 20 reported capacity growth of more than 60% compared with 2019; Wizz Air and Volotea. In total, around 100 airlines operated, on average, at least one flight per week from Spanish airports in 2022. New airlines in the market last year included Eurowings Discover, Flyr and PLAY.