Latest passenger figures from Aena show that Spain’s airports handled 17.3 million passengers in October, which was 30% fewer than in October 2019, but almost 290% more than in October 2020. This means that demand in October was at 70% of the level of two years ago. This is a significant improvement on the 52% recovery rate in July, 61% in August and 60% in September. 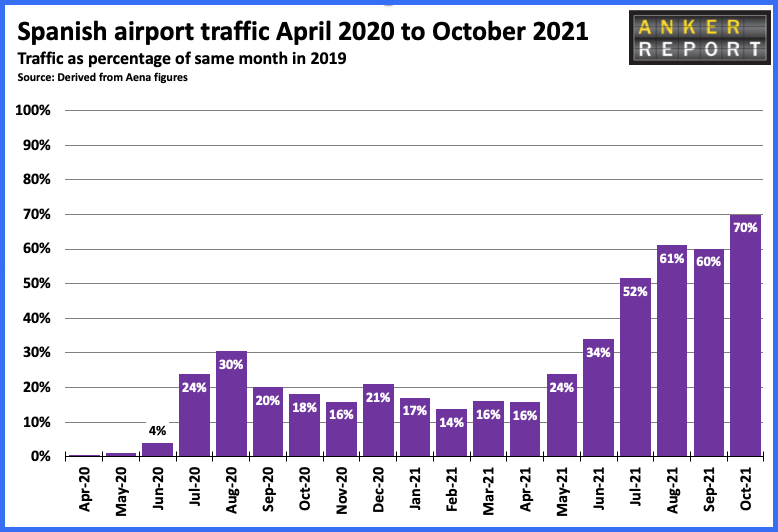 Traffic at Menorca Airport was down just 2% compared with October 2019. Ryanair has been a major factor here as it has increased its route network in that period from three to 15 routes. In 2020, Ryanair added a route to Dublin, while this summer saw new services from Alicante, Bologna, Bordeaux, Malaga, Marseille, Milan BGY, Naples, Santiago de Compostela, Seville, Toulouse and Vienna. Ryanair is now Menorca’s leading airline by flights and seats, having ranked just sixth in October 2019 behind Vueling, Iberia, easyJet, Jet2.com and TUI Airways. 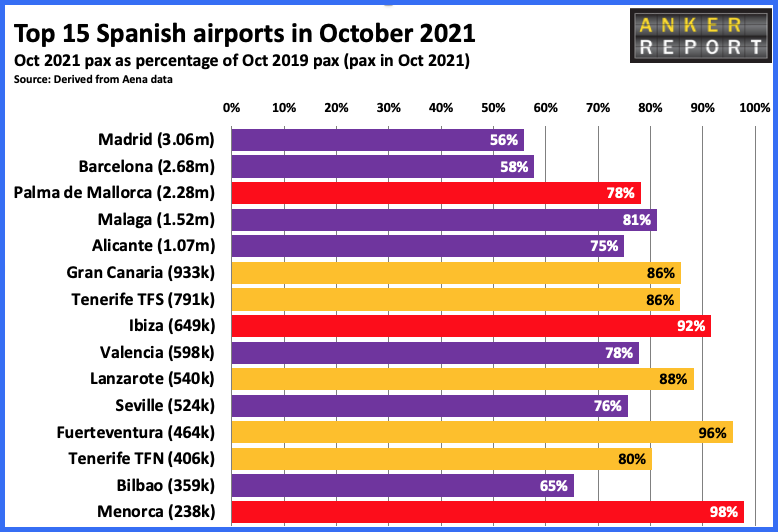