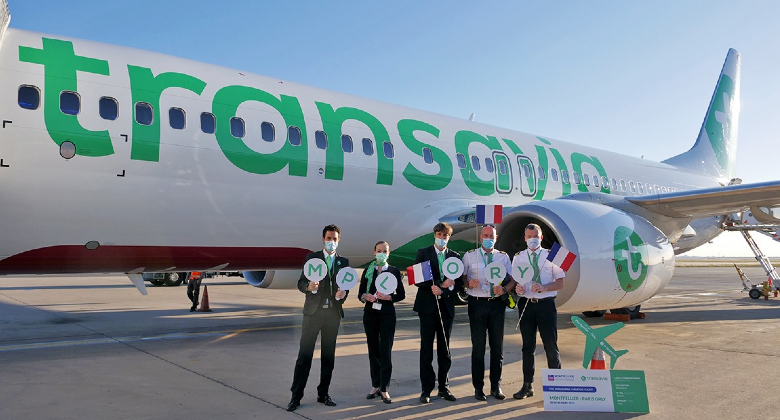 Launched from Paris ORY in 2007, Transavia France was set up initially to help protect Air France’s position at Orly, primarily from easyJet. The airline grew only modestly in its first few years, primarily by adding international flights from much smaller bases at Nantes and Lyon. However, between 2013 and 2019 annual seat capacity grew almost fourfold. As a consequence of the pandemic, Transavia added a further base from Montpellier in 2020. 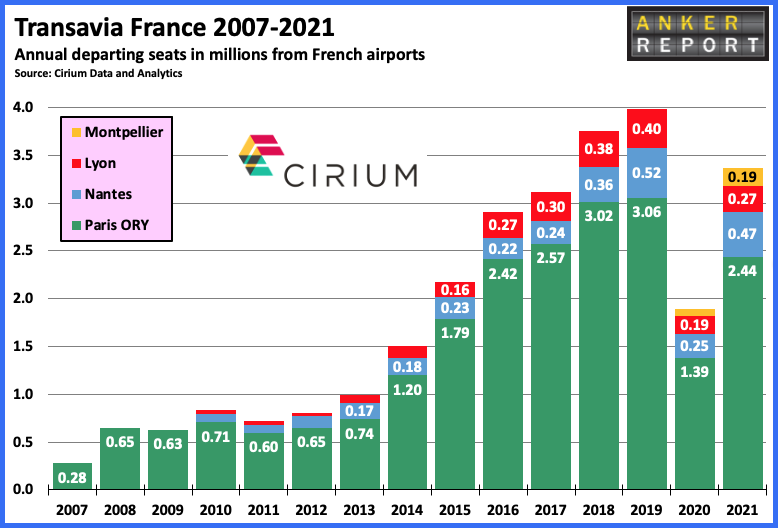 Prior to the pandemic, Transavia offered no domestic routes. However, as it became clear that domestic flights were less vulnerable to changes in pandemic travel restrictions, Transavia chose to launch services within France, starting with five routes in November 2020. These were Orly-Biarritz and four routes from Nantes; Marseille, Montpellier, Nice and Toulouse.

However, these were not the only new routes launched by Transavia from its French bases in 2020. International routes to Croatia, Greece, Iceland, Italy, Portugal, Spain and Tunisia were also added, as summarised below.

In 2021, Transavia added more domestic routes, mostly focussed on Brest or airports on the French island of Corsica. However, all four bases also saw a significant growth in destinations served, with Greek and Spanish airports proving popular. In total, over 50 new routes were added by Transavia France in 2021, as summarised below. 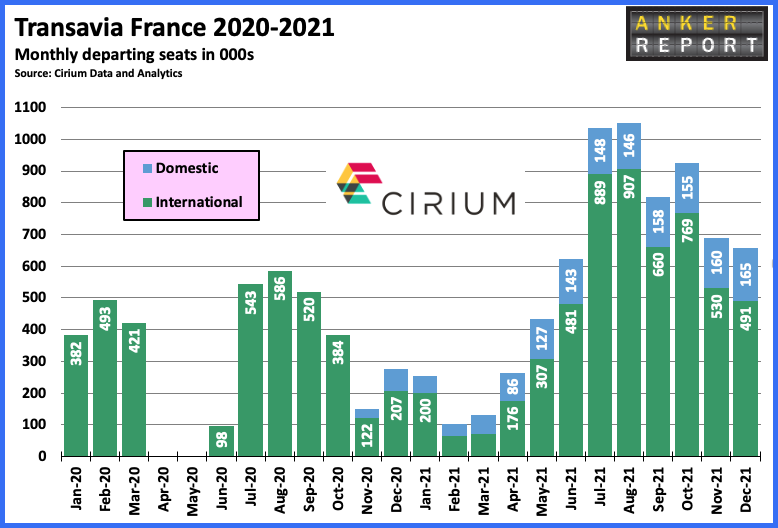 The leading international market, Portugal, accounted for 1.10 million seats (both directions). Only just behind Portugal was Spain, with Greece a little further back. Tunisia and Morocco were the leading non-European markets (shown in red). Among the leading country markets, Greece showed the best recovery with capacity down just 2% compared with 2019. Seats to Spain were down 16%, while Italy, Portugal and Tunisia were all down between 20% and 30%. 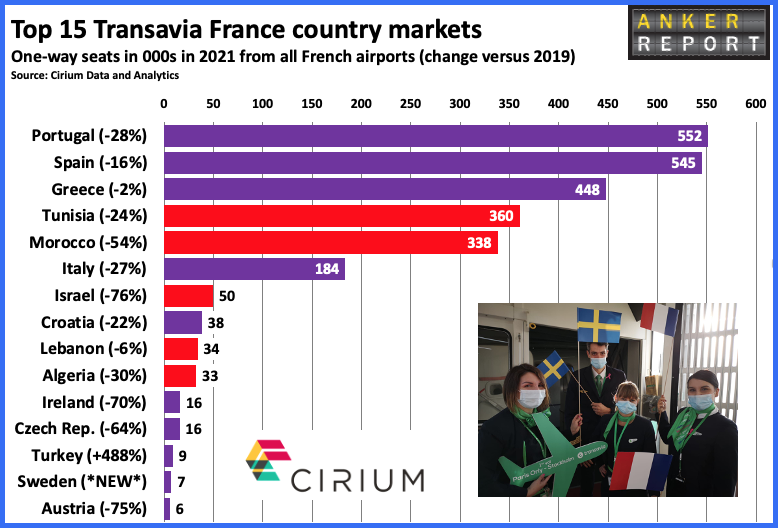 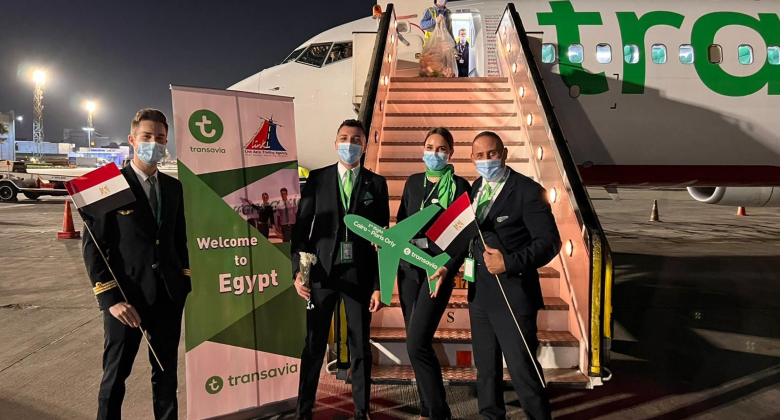 Transavia has been busy planning further new routes that are scheduled to start this year. This includes nine new routes from Orly, at least one new international route from the other three bases, and two new domestic routes from Marseille. Details of the new routes are summarised below.

Fleet increasing to 61 aircraft in S22

Transavia France’s fleet grew from 40 aircraft in 2020 to 48 in the summer of 2021. Two additional aircraft have been added this winter so that the airline now operates 50 737-800s. For next summer, a further 11 aircraft are set to join the fleet, resulting in a total of 61 aircraft. 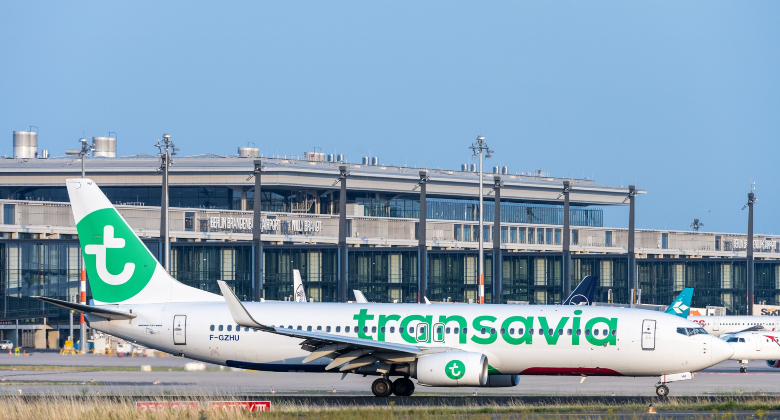