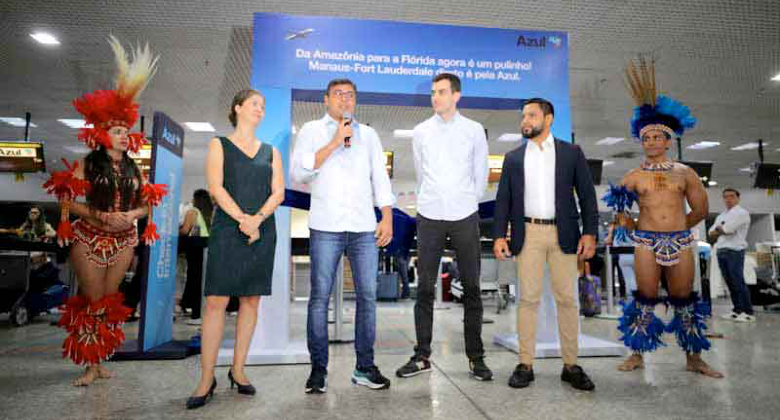 Brazil is the United States’ second biggest South American market by seat capacity after Colombia, according to Cirium schedules information data. In the first quarter of 2023 there are 23 non-stop routes encompassing 11 US airports and eight in Brazil. Washington IAD is expected to return in March and Los Angeles in July, but Detroit – which had Sao Paulo GRU flights until March 2019 – remains unserved. Belo Horizonte and Salvador’s last US flights were in March 2020; there’s currently no indication if they’ll return.

Manaus, gateway city to the Amazon, welcomed two new routes by Azul and Gol in time for Christmas. They were driven by the Brazilian city being unserved from South Florida following LATAM ending Miami in March 2020 and American 13 months later. It is the first time that Fort Lauderdale has had Manaus flights:

Los Angeles has long had Sao Paulo flights by the likes of Varig, Korean Air (originating/terminating in Seoul) and American. However, American ended it in early 2020, but LATAM will take over the 9,910-kilometre route in July. 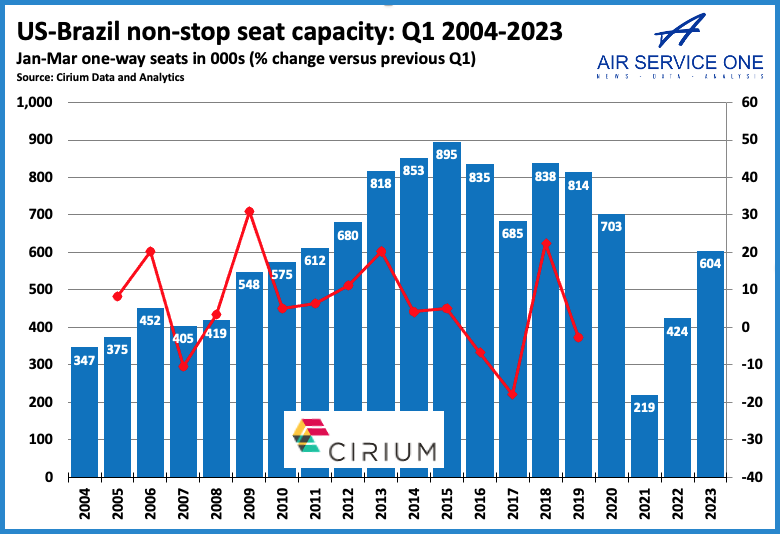 With 29% of US-Brazil seats in Q1 2023, Miami is, of course, the leading US airport to Brazil. However, seat capacity is 14% lower than in 2020 Q1 and 26% lower than 2019 Q1. Miami has five Brazil routes, more than any other US airport, but has lost Belem, Recife and Salvador routes. Also badly impacted is Orlando (seats -31%); it no longer has routes from Belo Horizonte, Fortaleza, Recife and Rio de Janeiro GIG.

In comparison, Fort Lauderdale – whose Brazil network is entirely operated by Azul – has seen capacity rise by 17%. While Belo Horizonte has ended, it has introduced Manaus and expanded Sao Paulo VCP capacity by a third following a typically 2-daily operation. The leading US airports for Brazil capacity in 2023 Q1 are the following (with destinations served in brackets): 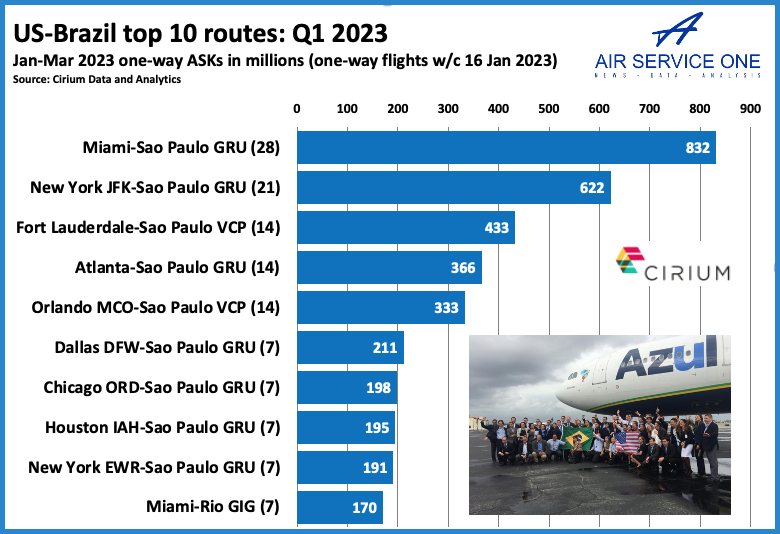